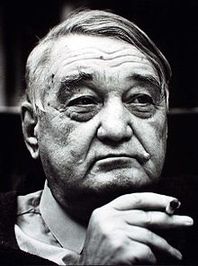 “Here my friend the arts man observed that, although my ideas were not without interest, they had not been proved at all. At first, I was extremely surprised, but when I managed to understand the sense of what he was saying I saw that here, too, he was strictly consistent. He called proof only a text containing precisely formulated information, but not considerations about the subject raised. Of course, I did not agree with him. In that case, of course, I would have been obliged to assert that Prester John ruled in the "Three Indias"! Instead, I proposed putting my, obviously conventional, scheme down in terms of time and space and he would be convinced that the facts speak for themselves. For clarity the whole essential information has been reduced to a synchronic table and four historical maps with annotations, so that a broad historical panorama is obtained. We have not taken primary information as a standard, but first order generalisation obtained earlier as a result of precise analysis of details. Thus, the principle of the hierarchical organisation of information and a scale ensuring a review of the subject as a whole have been observed.
In the accounting system offered, a "proved statement" will not be one which has a footnote to an authentic source, but one which does not contradict strictly established facts and logic, however paradoxical the conclusion based on such principles. Incidentally, this is how all natural scientists work.”
― Lev Nikolaevich Gumilev, Searches for an Imaginary Kingdom: The Legend of the Kingdom of Prester John
tags: proof, science, sources
0 likes
Like