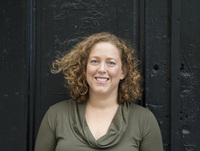 Kim hasn't connected with their friends on Goodreads, yet.

Website
http://www.kabrooks.com/
Twitter
KA_Brooks
Member Since
November 2017
edit data
Kim Brooks is the personal essays editor at Salon. Her first novel, The Houseguest, will be published in 2016 by Counterpoint Press and her memoir, Small Animals: A Memoir of Parenthood and Fear, will be published in 2017 by Flatiron Books/ Macmillan. Her stories have appeared in Glimmer Train, One Story, Five Chapters and other journals and her essays have appeared in Salon, New York Magazine, and Buzzfeed. She lives in Chicago with her husband and children.

· 3,189 ratings · 547 reviews · 19 distinct works • Similar authors
More books by Kim Brooks…
Quotes by Kim Brooks  (?)
Quotes are added by the Goodreads community and are not verified by Goodreads. (Learn more)
“Are you afraid someone will hurt them?” I asked.

She lifted her fork, paused for a moment, seemed to be considering. “No,” she said. “Well … I don’t know. I guess it’s other people. I worry that if I let them out of my sight, other people will see us and think I’m doing something wrong. I feel like it doesn’t matter what I think; that if other people think I’m doing something dangerous, then it’s dangerous. I suppose I can’t quite tell where my own anxieties end and other people’s begin. I don’t know if I’m afraid for my kids, or if I’m afraid other people will be afraid and will judge me for my lack of fear.”
― Kim Brooks, Small Animals: Parenthood in the Age of Fear
2 likes
Like

“Sarnecka summarizes the findings this way: People don’t think that leaving children alone is dangerous and therefore immoral. They think it is immoral and therefore dangerous.”
― Kim Brooks, Small Animals: Parenthood in the Age of Fear
2 likes
Like

“Yes. Let’s be honest. I’m a privileged white woman who left her kids in a $30,000 minivan watching Dora the Explorer to go in for a Starbucks. Is there any clearer picture of privilege than that? But no matter what color you are, no matter how much money you have, you don’t deserve to be harassed for making a rational parenting choice.”

It’s funny, but in all the time that had passed, I had never thought about what was happening in quite those terms—as harassment. When a person intimidates, insults, verbally abuses, or demeans a woman on the street, in the bedroom, at the office, in the classroom, it’s harassment. When a woman is intimidated or insulted or abused because of the way she dresses or her sexual habits or her outspokenness on social media, she is experiencing harassment. But when a mother is intimidated, insulted, abused, or demeaned because of the way she is mothering, we call it concern or, at worst, nosiness. A mother, apparently, cannot be harassed. A mother can only be corrected.”
― Kim Brooks, Small Animals: Parenthood in the Age of Fear
2 likes
Like