,
Discover new books on Goodreads
See if your friends have read any of Caragh M. O'Brien's books 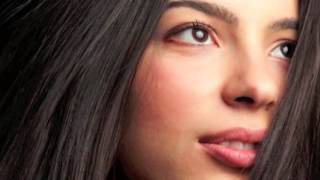 I just finished a milestone revision of my latest novel, and it feels amazing. To stretch my limbs and mark the moment, I took a walk up a sunny hill and honestly, I feel so good. Revising line-by-line is my absolute favorite part of the writing process, and when I get the words right, the […]
View more on Caragh M. O'Brien's website »
Like  •  0 comments  •  flag

More of Caragh's books…
Quotes by Caragh M. O'Brien  (?)
Quotes are added by the Goodreads community and are not verified by Goodreads. (Learn more)
“There are some things, once they are done, that we can never question, because if we did, we wouldn't be able to go on. And we have to go on, every single day.”
― Caragh M. O'Brien, Birthmarked
139 likes
Like

“Even the worst feeling, with time and familiarity, became tolerable.”
― Caragh M. O'Brien, Birthmarked
70 likes
Like

“Would you have this?” the Protectorat hissed at his son.
Rafael's gaze narrowed in a slow inspection while she stared defiantly back. Rafael's gaze faltered, shot briefly toward Leon, and then down. His answer was obvious: no.
And in spite of everything, in the face of all the other more important dangers that threatened her, it still stung that someone, some boy, found her ugly. Gaia burned with sudden hate for all of them.
The Protectorat saw. He smiled slightly.
“I thought not,” said the Protectorat, releasing her with a flick. He turned back toward his family. “I can't thrust her on any family I know, no matter what her genes are. She's a freak, not a hero. I'd rather make a hero out of Myrna Silk.”
Leon had been standing tensely throughout this exchange. “I'd take Gaia,” Leon said, his low voice resonating in the space.”
― Caragh M. O'Brien, Birthmarked

Which August New Release would you like to read in September?

Books were randomly chosen from Goodreads' "Most Popular Books Published In August" list.

** Write-ins are allowed. If you do so, please include title, author and series name.

“Writing is like driving at night in the fog. You can only see as far as your headlights, but you can make the whole trip that way.”
― E.L. Doctorow, Writers At Work: The Paris Review Interviews
tags: quoted-by-wally-lamb
395 likes
Like

David Estes Fans and YA Book Lovers Unite! — 2971 members — last activity 23 hours, 30 min ago
A Group for all things YA and David Estes

Jasmine wrote: "i absolutely love your books i finished all of them in one week and i have already read them 3 times they are so good i love revisiting gaia's adventure..."

Thank you, Jasmine! How kind of you. I'm delighted that you enjoy Gaia's story so much!
All best,
Caragh

i absolutely love your books i finished all of them in one week and i have already read them 3 times they are so good i love revisiting gaia's adventure...

Thank you for adding accepting my request.

Caragh wrote: "Jessica wrote: "Thank you for accepting my friend request, I really enjoy your books and I look forward to reading more of them soon."

Jessica ~ Thanks! See you around Goodreads!
All best,
Caragh"
:-)

Jessica wrote: "Thank you for accepting my friend request, I really enjoy your books and I look forward to reading more of them soon."

Jessica ~ Thanks! See you around Goodreads!
All best,
Caragh

Thank you for accepting my friend request, I really enjoy your books and I look forward to reading more of them soon.

How do you pronounce Gaia and Maya?

Wise wrote: "This is my first time talking to a real author. I absolutely love your book, Birthmarked. In fact, I got it just a day ago at Borders at 8:00 in the evening. Once I got buckled up in the car, and i..."
Wise,
How nice of you! I love the idea of you sneaking the book under the tablecloth. That's quite an honor! Thanks for writing to me. I hope you enjoy Prized, too, and a whole summer of happy reading.
All best,
Caragh

Bengta,
You are far too kind! Now get some sleep!
Hugs,
Caragh

It's 4 o'clock in the morning here in Germany and at this moment I have finished Prized.I just want to let you know that I love it.It's amazing and I can't wait for Promised!
Your Bengta

Thank your for accepting my friend request! I'm almost done reading Birthmarked and I am LOVING it!

Jamie wrote: "just curious as to when we will be seeing Promised in bookstores. I am reading Prized and cant get enough of reading this series. They are awesome!!"

Jamie, Thanks for your kind words! Promised is due out in the fall of 2012, but more specifically than that, I don't yet know.
All best,
Caragh

just curious as to when we will be seeing Promised in bookstores. I am reading Prized and cant get enough of reading this series. They are awesome!!

Thanks for accepting my friend request! :)

Prized just arrived to my Kindle App!! And at only 9pm my time, so I am ecstatic!! Woohoo!!

Dear Camilla Rose,
How kind of you. I'm so pleased to know you appreciated the little things about Gaia's story, and I'm touched you took a moment to write to me. Many thanks.
I'll see you around Goodreads!
All best,
Caragh

Thank you so much for accepting my friendship! I just finished reading 'Birthmarked' and I love it! I felt it so close to my heart. I will be telling all my Norwegian friends about your book. I love how you describe things, and the way you mention things most people don't even notice. You have a great talent! Thank you so much for writing - and sharing your great work! I am looking forward to your next book. Wishing you lots of inspiration :)
Love, Camilla Rose

Ha, whoops! My mistake. I can't wait to read the rest of the series!
Liz

Dear Liz,
Thank you! How kind of you. In fairness, I should clarify that Birthmarked is my YA debut but not my first novel ever. I published 6 romances before I became a teacher, and Birthmarked followed still later. I'm delighted that Gaia's story has become one of your favorites this year.
All best,
Caragh

Hello, Caragh! Thank you for accepting my friendship. I just finished Birthmarked last night and I loved it! (I can't believe that it's your first novel!) It is definitely one of my favorite books that I've read this year. I wrote a positive review for it on my Tumblr and posted it on Goodreads, too.
I can't wait to read Prized! :)

Cici ~
I'm so glad you enjoyed the characters and the code. That's great that your mother is reading Gaia's story now, too. Writing this trilogy has been fascinating for me and I've worked intensely on it, so I'm pleased Birthmarked is a favorite of yours. I am, indeed, working on three books altogether. Here's hoping you like them all, eventually.
All best,
Caragh

Hi Caragh! Thank you for accepting my friendship. I know you probably hear this all the time, but you are an amazing writer. I absolutely loved Birthmarked. It's one of my favorite books. I love the characters you created, the Enclave and the coding, everything. I can't wait for the second book to come out and hopefully there will be a third as well ;). I've been bragging about this book to everyone! My mom is already borrowing my book out :)

Sangria3 wrote: "Thanks for your friendship, Caragh! :)"

Hey Caragh...Thanks for accepting my friendship.

Dear Enna,
That's so cool and fun about the Volvo's plate! There are other books and computer games that have enclaves in them, too, but of course, I like my Enclave best of all.
All best,
Caragh

Dear Summer,
Sadly, the title so far is still "Book 2." I have no idea what we'll call it. I should check my Goodreads emails more consistently. I'm sorry about this terribly slow reply. I'm a bit better on Facebook if you care to look for me there.
All best,
Caragh

A couple days ago I saw a car with a liscense plate that read "ENCLAVE." I tried to take a picture, but it was a volvo, and my NGS civic couldn't keep up. :(

Dear Summer,
How kind of you! I'm so glad you enjoyed Gaia's story. I know what you mean about needing a book to be long enough. So far, Book 2 has fluctuated by about 100 pages as I develop and cut and revise, but it looks like it will end up around the same length as Birthmarked. I just want it to be tight. It's due out in the fall of 2011.
All best,
Caragh

Hi! Though I can't say I know you personally, it's an honor to be your friend! I just finished Birthmarked last night at 12:45 with some coffee to keep me up until I finished it. It was brilliant! It's my third favorite series (hopefully) ever! I did read that you are writing a sequel and I was just wondering if you had an idea about when it would come out. I'm really excited for it!
Do make it longer; after reading books like Harry Potter, 200-some pages seems too short for such a thrilling book!

I'm glad you're kidding because I promise you, Rilly, you do not want the next book to be too long. I'm cutting this draft savagely as we speak.
All best,
Caragh

yes!!! you should make it like a billion pages long! cuz i devoured Birthmarked in 2 days! it was too short! i forgot to change my status on Goodreads XD
(i was kidding dont actually make it a billion pagees long...)

Dear Haley,
Yes, the sequel is about Gaia and what she does next after Birthmarked. Another one of my favorite characters shows up, too. I'm frankly obsessed with it, and very worried about Gaia.
All best,
Caragh

hey!! i heard you're writing a sequel to birthmarked! and i was wondering if it was still going to be about Gaia.
~Thanks! ^^

Haley wrote: "hallo.... please tell me you're writing a sequel to Birthmarked???"

Dear Haley,
You're kind to ask. I did not, originally, plan a sequel, but I find there's more of the story to tell. So, yes, I'm working on it.
All best,
Caragh

hallo.... please tell me you're writing a sequel to Birthmarked???

Haha I know you too! Can't wait for your book to come out! <3