Discover new books on Goodreads
See if your friends have read any of John L. Betcher's books 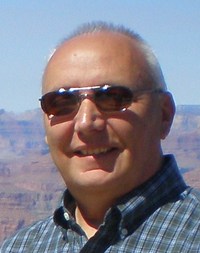 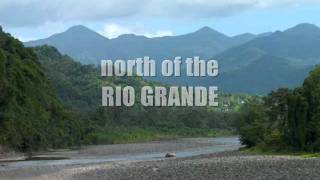 3.88 avg rating — 1,465 ratings
Quotes by John L. Betcher  (?)
Quotes are added by the Goodreads community and are not verified by Goodreads. (Learn more)
“It is better to remain silent and be thought a fool, than to open one's mouth and remove all doubt?" Wise person, whoever it was.”
― John L. Betcher, The Missing Element
0 likes
Like

“For a scientist, who has placed his faith in the testability of the scientific method, and in his own intellectual ability to figure things out for himself, egoism would tend to push him in the direction of a belief that the origin of the universe is explainable and rational. “He has no need for a supernatural explanation. In fact, he may even find the idea that a God created the universe repugnant. If there is a God who created the universe, and who can manipulate its properties from time to time, then the scientist’s proofs of natural laws, chemical properties and physical interactions would be relegated to second position behind God’s ultimate set of rules. A scientist may not embrace the demotion. “Another interesting thought is that the self-centeredness present to some degree in all human minds might cause us to consider any God to be a threat to humanity’s supremacy in the universe. “Think about it. If there is no God, who or what would be the greatest, most intelligent, most advanced being in the universe? Humans. So if a person has no convincing evidence one way or the other, his self-centeredness would lead him to conclude that there is no God – thus ratifying his own supremacy.”
― John L. Betcher, A Higher Court: One Man's Search for the Truth of God's Existence
0 likes
Like

“Christians understand that we can only believe in God through faith. And faith is not of our own doing, but by the free gift of God.”
― John L. Betcher, A Higher Court: One Man's Search for the Truth of God's Existence
0 likes
Like

John, thanks for accepting my friend request :)

A belated thanks for choosing me to be among your friends, John. It may interest you that one of my books: Marvin Clark—In Search of Freedom is now a matching FREE download on Amazon Kindle. Enjoy it while you can. (A little review on Amazon wouldn't hurt either!)
http://www.amazon.com/Marvin-Clark-Se...

Hey, I really appreciate your kind support on Twitter. It's great to know another indie author--and one so generous as yourself.

Thanks for friending me, John!

John, thank you for the friendship...

Hi John! Thank you for the friend request. I added two of your books to my GR shelf--looking good!

PS: Currently promoting my novel The Judging: The Corescu Chronicles Book One (Please add to your GR shelf if you like!)

Thanks for finding me on here - appreciated -x-

Nice to meet a new friend, John. Marked your book to read: Self Publishing Central .

Thanks for the friend request John :0) Have a great weekend!