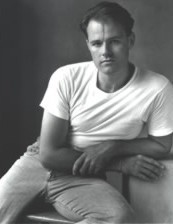 “Some people thirst for fame. They will do anything to have it. They will betray anyone. They will humiliate themselves and those around them. To be hated or loved makes no difference to them. What they want is to be known. Is is a sad addiction, and such people wallow in it all their lives, like pigs in filth.”
― Sam Eastland, Eye of the Red Tsar
9 likes
Like

“Greed does not rest until it is satisfied, and greed is never satisfied”
― Sam Eastland, Eye of the Red Tsar
8 likes
Like

“You are not that kind of man Pekkala. You are not the monster that your enemies once believed you to be. If you were, you would never have been such a formidable opponent for people like myself. Monsters are easy to defeat. With such people, it is only a question of blood and time, since there only weapon is fear. But you-you won the hearts of the people and the respect of your enemies. I do not believe you understand how rare a thing that is, and those whose hearts you won are out there still." Stalin brushed his hand towards the window, and out across the pale blue autumn sky. " They know how difficult your job can be, and how few of those who walk your path can do what must be done and still hold on to their humanity. They have not forgotten you. And I don't believe you have forgotten them".”
― Sam Eastland, Eye of the Red Tsar
tags: inspirational
4 likes
Like

Is this you? Let us know. If not, help out and invite Sam to Goodreads.