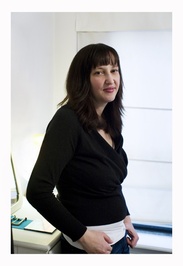 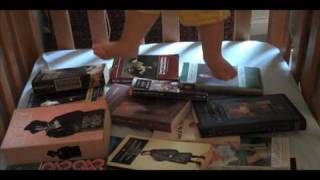 Thanks to "The Social Network," National Public Radio decided to revisit my Hamlet (Facebook News Feed Edition) piece that inspired my book. They adapted it into a radio play with Shakespearean actors, sound effects, music...in short, they took it to another level.
Like  •  0 comments  •  flag

“Suffice it to say I was compelled to create this group in order to find everyone who is, let's say, borrowing liberally from my INESTIMABLE FOLIO OF CANONICAL MASTERPIECES (sorry, I just do that sometimes), and get you all together. It's the least I could do.

I mean, seriously. Those soliloquies in Moby-Dick? Sooo Hamlet and/or Othello, with maybe a little Shylock thrown in. Everyone from Pip in Great Expectations to freakin' Mr. Rochester in Jane Eyre mentions my plays, sometimes completely mangling my words in nineteenth-century middle-American dialect for humorous effect (thank you, Sir Clemens). Many people (cough Virginia Woolf cough) just quote me over and over again without attribution. I hear James Joyce even devoted a chapter of his giant novel to something called the "Hamlet theory," though do you have some sort of newfangled English? It looks like gobbledygook to me. The only people who don't seek me out are like Chaucer and Dante and those ancient Greeks. For whatever reason.

And then there are the titles. The Sound and the Fury? Mine. Infinite Jest? Mine. Proust, Nabokov, Steinbeck, and Agatha Christie all have titles that are me-inspired. Brave New World? Not just the title, but half the plot has to do with my work. Even Edgar Allan Poe named a character after my Tempest's Prospero (though, not surprisingly, things didn't turn out well for him!). I'm like the star to every wandering bark, the arrow of every compass, the buzzard to every hawk and gillyflower ... oh, I don't even know what I'm talking about half the time. I just run with it, creating some of the SEMINAL TOURS DE FORCE OF THE ENGLISH LANGUAGE. You're welcome.”
― Sarah Schmelling, Ophelia Joined the Group Maidens Who Don't Float: Classic Lit Signs on to Facebook

“Hester received Punishment Flair. She was sent an A to wear upon her chest and told she must stand before the town with her baby, Pearl.
Hester is not enjoying her flair.”
― Sarah Schmelling, Ophelia Joined the Group Maidens Who Don't Float: Classic Lit Signs on to Facebook
2 likes
Like

Ann Patchett
author of
The Dutch...

J.D. Salinger
author of
The Catch...