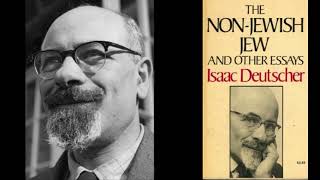 · 1,505 ratings · 163 reviews · 60 distinct works • Similar authors
More books by Enzo Traverso…
Quotes by Enzo Traverso  (?)
Quotes are added by the Goodreads community and are not verified by Goodreads. (Learn more)
“the presence of a lively anti-Semitism, particularly in France. Its origin lay with the ‘state Jews’, an elite almost absent in Germany or Austria, but particularly flourishing in Britain, France and Italy. Under the Third Republic, hundreds of Jews reached the summits of French public service: prefects, generals, state counsellors, deputies, senators and ministers, not to mention a large number of scholars and scientists admitted to the most prestigious cultural institutions such as the Collège de France.”
― Enzo Traverso, The End of Jewish Modernity
0 likes
Like

“Israel finds itself today facing a dilemma. In the longer term, there is only one alternative. It can embark on the path of binationalism, dismantling its colonies surrounded by barbed wire and constructing with the Palestinians a political community that belongs to all its citizens, without ethnic, linguistic, cultural or religious discrimination, without a ‘right of return’ reserved for Jews throughout the world but denied to the Palestinians who were expelled from their land. Or it can remain a ‘Jewish state’, with a democracy that will inevitably come to increasingly resemble the ancient millet system of the Ottoman empire: no longer an Islamist state committed to protecting its Christian and Jewish citizens, but a Jewish state that finds ever more awkward the presence within its frontiers of a growing Muslim minority.36 Its fate will then fatally follow that of South Africa under apartheid, and in the long run, neither the Bible nor the atom bomb will manage to save it.37”
― Enzo Traverso, The End of Jewish Modernity
0 likes
Like

Which book on racism, decolonization and extreme right would you like to read in June-July 2021?

Is this you? Let us know. If not, help out and invite Enzo to Goodreads.