Discover new books on Goodreads
See if your friends have read any of Carol J. Adams's books 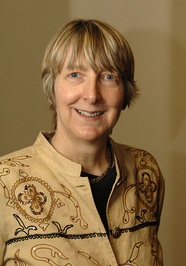 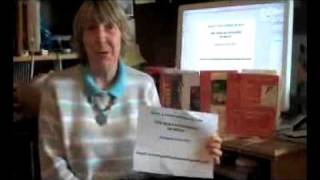 “We live in a culture that has institutionalized the oppression of animals on at least two levels: in formal structures such as slaughterhouses, meat markets, zoos, laboratories, and circuses, and through our language. That we refer to meat eating rather than to corpse eating is a central example of how our language transmits the dominant culture's approval of this activity.”
― Carol J. Adams, The Sexual Politics of Meat: A Feminist-Vegetarian Critical Theory
27 likes
Like

“The situation is established not only to provoke defensiveness but to sidetrack the reformer into answering the wrong questions.... In this, the pattern of discourse resembles that of dinnertime conversations about feminism in the early 1970s. Questions of definition often predominate. Whereas feminists were parlaying questions which trivialized feminism such as "Are you one of those bra burners?" vegetarians must define themselves against the trivializations of "Are you one of those health nuts?" or "Are you one of those animal lovers?" While feminists encountered the response that "men need liberation too," vegetarians are greeted by the postulate that "plants have life too." Or to make the issue appear more ridiculous, the position is forwarded this way: "But what of the lettuce and tomato you are eating; they have feelings too!"

The attempt to create defensiveness through trivialization is the first conversational gambit which greets threatening reforms. This pre-establishes the perimeters of discourse. One must explain that no bras were burned at the Miss America pageant, or the symbolic nature of the action of that time, or that this question fails to regard with seriousness questions such as equal pay for equal work. Similarly, a vegetarian, thinking that answering these questions will provide enlightenment, may patiently explain that if plants have life, then why not be responsible solely for the plants one eats at the table rather than for the larger quantities of plants consumed by the herbivorous animals before they become meat? In each case a more radical answer could be forwarded: "Men need first to acknowledge how they benefit from male dominance," "Can anyone really argue that the suffering of this lettuce equals that of a sentient cow who must be bled out before being butchered?" But if the feminist or vegetarian responds this way they will be put back on the defensive by the accusation that they are being aggressive. What to a vegetarian or a feminist is of political, personal, existential, and ethical importance, becomes for others only an entertainment during dinnertime.”
― Carol J. Adams, The Sexual Politics of Meat: A Feminist-Vegetarian Critical Theory
14 likes
Like

“While self-interest arising from the enjoyment of meat eating is obviously one reason for its entrenchment, and inertia another, a process of language usage engulfs discussions about meat by constructing the discourse in such a way that these issues need never be addressed. Language distances us from the reality of meat eating, thus reinforcing the symbolic meaning of meat eating, a symbolic meaning that is intrinsically patriarchal and male-oriented. Meat becomes a symbol for what is not seen but is always there--patriarchal control of animals and of language.”
― Carol J. Adams, The Sexual Politics of Meat: A Feminist-Vegetarian Critical Theory
11 likes
Like

This is the first round poll for selecting the Club's first book to read. The top three books (or more, depending on ties and popularity) will be part of a second round poll which will be used to make the final selection.

Introduction to Animal Rights Your Child or the Dog?
Gary L. Francione
4 votes 13.3%

Dominion The Power of Man, the Suffering of Animals, and the Call to Mercy
Matthew Scully
2 votes 6.7%

The China Study The Most Comprehensive Study of Nutrition Ever Conducted and the Startling Implications for Diet, Weight Loss and Long-term Health
T. Colin Campbell
2 votes 6.7%

Diet for a New America How Your Food Choices Affect Your Health, Happiness and the Future of Life on Earth
John Robbins
2 votes 6.7%
[image error]
The Face on Your Plate The Truth About Food
J. Moussaieff Masson
1 vote 3.3%

The Heretic's Feast A History of Vegetarianism
Colin Spencer
1 vote 3.3%

Capers in the Churchyard Animal Rights Advocacy in the Age of Terror
Lee Hall
1 vote 3.3%
[image error]
Why We Love Dogs, Eat Pigs, and Wear Cows An Introduction to Carnism
Melanie Joy
1 vote 3.3%

For the Prevention of Cruelty The History and Legacy of Animal Rights Activism in the United States
Diane L. Beers
1 vote 3.3%

Slaughterhouse The Shocking Story of Greed, Neglect, And Inhumane Treatment Inside the U.s. Meat Industry
Gail A. Eisnitz
0 votes 0.0%

May All Be Fed 'a Diet For A New World Including Recipes By Jia Patton And Friends
John Robbins
0 votes 0.0%
[image error]
Thanking the Monkey Rethinking the Way We Treat Animals
Karen Dawn
0 votes 0.0%

Ethics and the Beast A Speciesist Argument for Animal Liberation
Tzachi Zamir
0 votes 0.0%

The Way We Eat Why Our Food Choices Matter
Peter Singer
0 votes 0.0%

Between the Species A Reader in Human-Animal Relationships
Arnold Arluke
0 votes 0.0%

Babies and Beasts THE ARGUMENT FROM MARGINAL CASES
Daniel A. Dombrowski
0 votes 0.0%

Sins of the Flesh A History of Ethical Vegetarian Thought
Rod Preece
0 votes 0.0%

An Unnatural Order Uncovering the Roots of Our Domination of Nature and Each Other
Jim Mason
0 votes 0.0%
30 total votes
2 comments
Sign in to vote »

Is this you? Let us know. If not, help out and invite Carol to Goodreads.