Discover new books on Goodreads
See if your friends have read any of J. Tomas's books 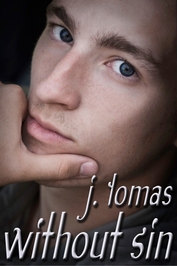 Reviews for WITHOUT SIN!

It's been two months since the publication of my first YA novel, Without Sin. Reviews have begun to trickle, so here's a look at what readers and reviewers have to say about the book:
An Ally's Blog:...
View more on J. Tomas's website »
2 likes · Like  •  0 comments  •  flag

Which book should the YA LGBT Books group read as our September Book of the Month?

by J. Tomas
4 votes 11.8%
It Gets Better: Coming Out, Overcoming Bullying, and Creating a Life Worth Living

by Dorien Grey
2 votes 5.9%
Repeating History: The Eye of Ra

Today on www.CyberLaunchParty.blogspot.com , we're spotlighting some of the February releases from JMS Books!

Check out the full list of JMS Books' February Releases on their site!


WIN - Leave any of the authors or the publisher a question or two today at JMS Books' Cyber Launch Party and you get your name in the hat for your choice from any of the new releases - Take a look at your choices!

All day today at www.CyberLaunchParty.blogspot.com we're celebrating some January releases from JMS Books - TROUBLE AT SCHOOL by J. Tomas, THE KING'S PRIZE by Wayne Mansfield, THE HAUNTED GLADE by Hayden Thorne, SBF SEEKING... by LaToya Hankins and MOJO'S MOJO by J.M. Snyder - Stop by today to learn more and for a chance to win your choice from ALL of JMS Books' new releases!

Today on www.CyberLaunchParty.blogspot.com , we're spotlighting some of the December releases from JMS Books!


DAVID AND ANDREW BOOK 1: ONE NIGHT IN DECEMBER by Terry O'Reilly
David Bennett is a widower. He had a wonderful relationship with his wife, but now she's gone. He decides he's done with relationships -- he has no sex drive and no interest in life in general.

Andy Barnes is a homeless man who often stands at the end of an exit ramp begging for help. For some unfathomable reason, David is always tempted to pick him up on his way home. One wretched night in December, fate intervenes and David finds himself bringing the man home and into his life.

Much to his surprise, he begins to fall in love with this down and out young man. As love returns, David realizes he does have a reason to go on with life after all.

Over the next few years, the two face life as a partnered gay couple with humor and courage. Each year brings with it happiness, tragedy, joy, and sorrow; the stuff life is made of. Along the way, the love the two share for each other helps them to overcome all obstacles and face all challenges.

LOOSEN UP by J.M. Snyder
Between course work, an internship, clinicals, and a part-time job, med student Liam Martin is worn out. When his lab is cancelled, freeing up his Friday night, all he wants to do is crash.

Liam's roommates have other plans. They think Liam is too stressed and needs to loosen up ... as in going out to party, not staying home to rest. Adam scores coveted tickets to a concert by local alt band Ebola Rain and uses his connections to get backstage.

But Liam doesn't want to go, and manages to lose his roommates backstage by hiding out in one of the dressing rooms, where he promptly falls asleep. Little does Liam know the room belongs to Cooper Dawson, sexy frontman for the band, who also thinks Liam needs to loosen up.


Then Cooper asks Liam to hang out with him, and suddenly Liam isn’t so tired anymore.

GIMME PRIDE by J. Tomas
At 15, Chip is out and proud. It doesn't hurt that his best friend Jennifer is only the most popular girl in their high school. With her at his side, he feels invincible.

When Chip's older sister invites him and Jen to help her man a vendor booth at Richmond Pride, the two teenagers jump at the chance. Decked out in a provocative bathing suit and feather boa, Chip is completely in his element. Then Jen spots Bobby, who plays soccer for their school and who Chip's had a crush on forever. If he's at Pride, does that mean what Chip hopes it means?

But when Chip tries to talk to Bobby, he discovers not all gay teens are as comfortable flaunting their sexuality as he is.

BERGDORF BOYS by Scott Alexander Hess
When Neal Tate, a just-out-of-rehab NYC party columnist, falls for Dewalt, a Harlem drug dealer he meets at a gay bathhouse, he discovers that navigating an honest relationship is a lot more difficult than chasing down the perfect pair of skinny jeans.

Neal finds support from his fashion-loving friends: Rovvy, a blond boy-toy married to Andres Palamos, the shady millionaire owner of Pop magazine where Neal works; Nick, “It-boy” style writer for the New York Times whose fab job and rich hubby are smothering his desires to design; and Annie, straight-girl art director at Pop who gives Neal’s life a smidge of balance.

The success of Neal’s "Bergdorf Boy" column and his growing love for Dewalt lead him to question his capacity for intimacy and his obsessive commitment to both the latest trend and anonymous sex, and to wonder if a monogamous gay marriage could be in the cards.

WE THE BUS PEOPLE by G.R. Richards
When Nikos' beloved T-Bird bites the dust, he's forced to take the bus home from his job in construction pre-fabrication. The last person he expects to meet on public transportation is his shop's favorite client, Manny the hot home-builder. Nikos is too intimidated to approach the guy, so he plays dead, pretending to sleep at the back of the bus.

Fake sleep leads to real sleep, and when Nikos wakes up, he's at the outer edges of the galaxy. He accidentally boarded the #97E, the extra-terrestrial route, and Manny opted to pay his extra fare just for the chance to get to know him. Of course, Manny has a story of his own, involving his race of interplanetary refugees. He knows if Earth's inhabitants don't start taking better care of their home, they'll have nowhere left to go.

Check out the full list of JMS Books' December Releases at www.JMS-Books.com !

WIN - Leave any of the authors or the publisher a question or two today at JMS Books' Cyber Launch Party and you get your name in the hat for your choice from any of their July releases - Head to www.JMS-Books.com to take a look at your choices!