,
Discover new books on Goodreads
See if your friends have read any of Gerald Everett Jones's books 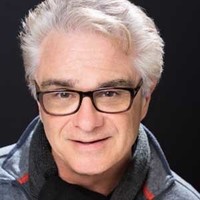 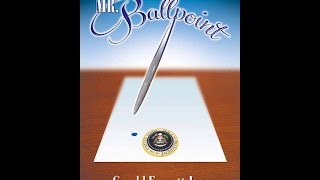 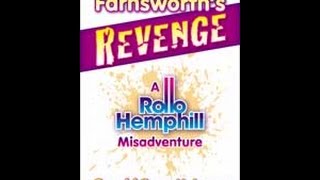 Can you tell us a two-sentence horror story?
Gerald Everett Jones Hard to do better than Hemingway:

For sale: baby shoes. Never worn.…moreHard to do better than Hemingway:

Harambee Means “We Are One”

“Harambee” is the motto of post-Independence Kenya. The country was ceded from the British Empire in 1963 after a period of social unrest, which included the Mau-Mau Rebellion. A leader in that uprising was Jomo Kenyatta, who became the new nation’s founding president. His son Uhuru is the outgoing incumbent president, defeated by William Ruto in the election, just concluded last August.

Gerald is currently reading
As I Lay Dying
by William Faulkner
bookshelves: currently-reading

More of Gerald's books…
Quotes by Gerald Everett Jones  (?)
Quotes are added by the Goodreads community and are not verified by Goodreads. (Learn more)
“Paranoia is just a heightened state of awareness. I didn't say it, but I repeat it often enough.”
― Gerald Everett Jones, Rubber Babes: Further Misadventures of Rollo Hemphill
tags: comic-fiction, humor
6 likes
Like

“The wealth we have is not ours forever. It is in our custody while we have breath and hands to do the Lord’s work. And we must honor God by honoring our custodial responsibilities.”
― Gerald Everett Jones, Bonfire of the Vanderbilts
0 likes
Like

“Art endures long after the tyrants who pay for it are dust. He”
― Gerald Everett Jones, Bonfire of the Vanderbilts
0 likes
Like

“In this life, there is not the need for perfection, nor is there sufficient time to achieve it.”
― Benedict Kruse
5 likes
Like

“Paranoia is just a heightened state of awareness. I didn't say it, but I repeat it often enough.”
― Gerald Everett Jones, Rubber Babes: Further Misadventures of Rollo Hemphill
tags: comic-fiction, humor
6 likes
Like

“I find television very educating. Every time somebody turns on the set, I go into the other room and read a book.”
― Groucho Marx
tags: books, humor, reading, television
22938 likes
Like

Authors Society — 664 members — last activity Oct 21, 2022 04:05PM
This group is for writers to plug their books. It is also for readers who are searching for new books to read. Come join us!

Small and Independent Press Books — 463 members — last activity Dec 07, 2022 02:21PM
A group to discuss and recommend books published by the independent presses. Fiction and poetry only.

Pictures of Lisbon look a lot like where we live in Southern California! Travel plans don't include Lisbon just now but we have heard it's wonderful. Glad to have you as a new friend, Luis.

Majenta, It's a pleasure to be in such good company.

Thanks you for being my friend

I was using the Compare Books feature on here to see which books friends have also read. I found it interesting that on every book we've read in common, we rated it exactly the same.

Thanks for accepting the friendship request!

Thanks for becoming my Goodreads friend.
Eric

Thank you for the friendship...

Thanks for accepting my friend request.
If you would ever like to promote your book on my blog or website, please let me know. I'm always up for doing favors for other authors.

Thank you for friending Pinnacle: Author & Book Promotion on Goodreads!

It's great to meet you and I am glad to be friends!

Thank you very much Gerald. I am excited to be here.

Hey drop by the blog http://www.boychiklit.com and then there's twitter.com/daboychik. See ya 'round!

Hello Gerald. Thankx for the add. Nice to meet you.

Hi, Gerald! Thanks for friending me!

Hi Gerald. Thanks so much for the add

Hello Gerald and thank you for adding me on Goodreads. I wish you a bountiful Thanksgiving.
Blessings,
Jeannie

Hey Gerald and Just wanted to say thanks for the connect and wishing you continued success:)

Hello Gerald,
Look forward to talking books with you.

Hi Gerald, thanks for the add. Your books in digital motion picture production techniques sound like proper cool endeavors. I hope to check them out!

Hi Gerald,
Thanks for the "add," as they say on Myspace. I'm also looking forward to checking out your books. I'm a thriller writer myself and my better half reckons I need to broaden my horizns and get sine light relief. I'm a big fabn of Tom Sharpe, however, and sense an affinity with some of your stuff.
Cheers
ROGER

Thank for the invite, Gerald.

If the phone rings I'll let it go to voicemail.

The only inflatable doll book I own is "Kiki" by John Gill, a moody British suspense story. I'll be reviewing the novel in the weeks to come.

Great to meet you and thanks for the add. :D

thanks you for the ad
Michele Marchetti
http://www.discoverytoyslink.com/mich...
shop now for the holidays

Hi Graeme, Yes the good news is anyone who can scrape up a five-figure budget can make a movie. That's why Sundance gets about 5,000 submissions of full-length movies every year. Sheesh!

Hi Thanks for the invite. Hope you're having an enjoyable week? Books on digital film making. Fascinating. I was just watching a presentation about that very thing. It's great how technology has put the tools for film making in the hands of anyone who wants to explore different media.

I bet a lot of women fall in love with that face! ;-] I admit I'm jealous but I'm not so sure I'd want to trade.