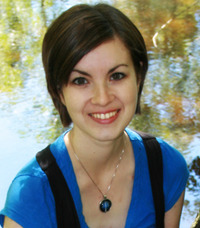 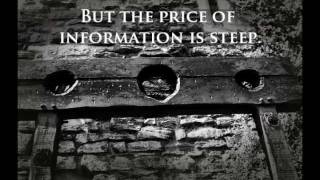 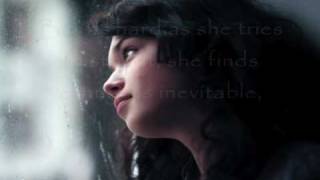 Molly credits her success to God and her mom's teaching, guidance, and decision to homeschool her from kindergarten through high school. Since graduating she has actively pursued her independent writing career while living with her family in Wisconsin.

Now writes and publishes as Jaye L. Knight Molly Evangeline has been using her active imagination to create stories since she was eight years old, encouraged by her mom's own love for writing. For years she wrote as a pastime until age fifteen when she began writing her first historical Christian novel, The Pirate Daughter's Promise, book one of her Pirates & Faith series. Three years later, it became the first of her books to be published.

Molly credits her success to God and her mom's teaching, guidance, and decision to homeschool her from kindergarten through high school. Since graduating she has actively pursued her independent writing career while living with her family in Wisconsin.

The Resistance Release Day Has Arrived!

It's here, it's here, it's here! I feel like a little kid on Christmas. :D After almost three years from the start of writing it through all the rewrites and editing, Resistance, the first book of Ilyon Chronicles as well as the first book under my new pen name, Jaye L. Knight, is now available for Kindle! I’ve been publishing for quite a few years now, and though I’ve released several books
View more on Molly Evangeline's website »
2 likes · Like  •  0 comments  •  flag

Molly Evangeline is currently reading
The Jeremiah Study Bible, NKJV: Jacketed Hardcover: What It Says. What It Means. What It Means For You.
by Anonymous
bookshelves: currently-reading

Molly Evangeline is currently reading
Getting Into Character: Seven Secrets a Novelist Can Learn from Actors
by Brandilyn Collins (Goodreads Author)
bookshelves: currently-reading

More of Molly's books…
Quotes by Molly Evangeline  (?)
Quotes are added by the Goodreads community and are not verified by Goodreads. (Learn more)
“Great characters tell their own stories. The author just writes it down for them.”
― Molly Evangeline
35 likes
Like

“God uses some of the worst times to do great things.”
― Molly Evangeline, Every Tear
tags: every-tear, molly-evangeline
14 likes
Like

“I don't think I have the faith to believe in Elohim."
"But He Always believes in you.”
― Molly Evangeline
tags: book-quote, inspirational
12 likes
Like

“A woman's heart should be so hidden in God that a man has to seek Him just to find her.”
― Maya Angelou
tags: inspirational
2917 likes
Like

“Gilan hesitated. "I wouldn't advise anyone to face a battleax with just two knives," he said carefully.
So what should I do?" Will joined in. Gilan glared from one boy to the other. He had the feeling he was being set up.
Shoot him," he said shortly. Will shook his head, grinning.
Can't," he said. "My bowstring's broken."
Then run and hide," said Gilan, between gritted teeth.
But there's a cliff," Horace pointed out. "A sheer drop behind him and an angry axman coming at him."
What do I do?" prompted Will.
Gilan took a deep breath and lookd them both in the eye, one after the other.
Jump off the cliff. It'll be less messy that way.”
― John Flanagan, The Burning Bridge
85 likes
Like

“What are you looking at, foreigner?” the guard demanded roughly. The smile was a little unsettling. A prisoner shouldn’t smile at his captors like that.
“I’m just making sure I can remember you,” Gilan told him. “Never know when that might be useful.”
― John Flanagan, Erak's Ransom
88 likes
Like

“You will be getting a haircut, won't you?"
Halt ran his hand through his hair. It was getting a little long, he thought.
I'll give it a trim," he said, his hand dropping unconciously to the hilt of his saxe knife. This time, Pauline did look up.
You'll get a haircut," she said. Her gaze was steady and unwavering.
I'll get a haircut," he agreed meekly.”
― John Flanagan, Erak's Ransom
124 likes
Like

“So I sent Halt to straighten matters out. Thought it might be a good idea to give him something to keep him busy."
So what's Digby got to complain about?" Rodney asked. It was obvious from his tone that he felt no sympathy for the recalcitrant commander of Barga Hold.
The Baron gestured for Lady Pauline to explain.
Apparently," she said,"Halt threw him into the moat.”
― John Flanagan, The Burning Bridge
356 likes
Like

Homeschool Authors — 98 members — last activity Sep 18, 2022 12:23PM
For Christian homeschool authors to connect, share, and build each other up.
More of Molly’s groups…

Thanks for adding me!!!

Congrats on the release of Trust!

Thank you for the friend request! I would love to read your first book, the Pirate Daughter's Promise! It's cool that you did homeschooling - so did I. :-) God bless you!