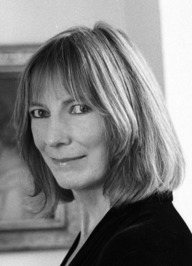 “Well basically,’ said Nell, ‘I want to question the value of confinement. An enclosed community is toxic. It festers. It stagnates. The wrong people thrive there. The sort of people who actually like being walled in.”
― Lucy Hughes-Hallett, Peculiar Ground
tags: community, confinement, enclosure, prison, sanctuary, walls
2 likes
Like

“They saw how the wall around Eden stretched away on either hand, with only the one opening, as though to guard those within from hungry hordes who might wish to come inside. And next to the cherubim they saw the flaming sword. … The flaming sword turned this way, to prevent any intruder entering from the east, and that way, to prevent any intruder entering from the west. But it did not ever turn in the direction of the garden. The mouse and the beetle stood together watching it for a long time. Beyond it the country stretched away, with winding rivers and low hills and stands of trees and no moving thing in sight. The beetle said, ‘These are formidable defences. No one can enter Eden. But I do not see that there is anything to prevent us leaving.”
― Lucy Hughes-Hallett, Peculiar Ground
tags: confinement, eden, exclusion, folklore, fortress, freedom, garden-of-eden, walled-in
2 likes
Like

“The ownership of land is not natural. The American savage, ranging through forests who game and timber are the common benefits of all his kind, fails to comprehend it. The nomad traversing the desert does not ask to whom belong the shifting sands that extend around him as far as the horizon. The Caledonian shepherd leads his flock to graze wherever a patch of nutritious greenness shows amidst the heather. All of these recognise authority. They are not anarchists. They have chieftains and overlords to whom they are as romantically devoted as any European subject might be to a monarch. Nor do they hold as the first Christians did, that all land should be held in common. Rather, they do not consider it as a thing that can be parceled out.

“We are not so innocent. When humanity first understood that a man’s strength could create good to be marketed, that a woman’s beauty was itself a commodity for trade, then slavery was born. So since Adam learnt to force the earth to feed him, fertile ground has become too profitable to be left in peace.

“This vital stuff that lives beneath our feet is a treasury of all times. The past: it is packed with metals and sparkling stones, riches made by the work of aeons. The future: it contains seeds and eggs: tight-packed promises which will unfurl into wonders more fantastical than ever jeweller dreamed of -- the scuttling centipede, the many-branched tree whose roots, fumbling down into darkness, are as large and cunningly shaped as the boughs that toss in light. The present: it teems. At barely a spade’s depth the mouldy-warp travels beneath my feet: who can imagine what may live a fathom down? We cannot know for certain that the fables of serpents curving around roots of mighty trees, or of dragons guarding treasure in perpetual darkness, are without factual reality.

“How can any man own a thing so volatile and so rich? Yet we followers of Cain have made of our world a great carpet, whose pieces can be lopped off and traded as though it were inert as tufted wool.”
― Lucy Hughes-Hallett, Peculiar Ground
tags: earth, land, land-ownership, native-americans, ownership, slavery, trade
1 likes
Like