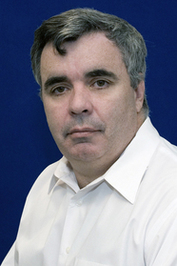 Born
The United States
edit data
Jim Lacey is an analyst at the Institute for Defense Analyses and a professor of conflict and global issues at Johns Hopkins University. Lacey was an embedded journalist with Time magazine during the invasion of Iraq, where he traveled with the 101st Airborne Division. His opinion columns have been published in The Weekly Standard, The National Review, and The New York Post. Lacey is the author of Takedown, Fresh from the Fight, and Occupation of Iraq. He lives in Alexandria, VA.

“I remain confident that if faced with such a threat, the West will remember its twenty-five hundred years of tradition, much to the detriment of any possible foe. Having said that, we must all hope our leaders are wise enough to forestall any threat of this magnitude before it manifests itself. Because the Western way of war is brutal. If it is ever again unleashed in all its decisive barbarity, it will be many generations before our enemies recover.”
― Jim Lacey, The First Clash: The Miraculous Greek Victory at Marathon and Its Impact on Western Civilization
0 likes
Like

“And it is plain enough, not from this instance only, but from many everywhere, that freedom is an excellent thing since even the Athenians, who, while they continued under the rule of tyrants, were not a whit more valiant than any of their neighbors, no sooner shook off the yoke than they became decidedly the first of all. These things show that, while undergoing oppression, they let themselves be beaten, since then they worked for a master; but so soon as they got their freedom, each man was eager to do the best he could for himself.2 Despite Herodotus’s”
― Jim Lacey, The First Clash: The Miraculous Greek Victory at Marathon and Its Impact on Western Civilization
0 likes
Like

Is this you? Let us know. If not, help out and invite Jim to Goodreads.