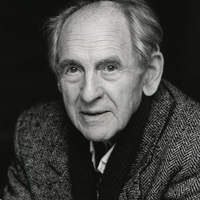 “Wherever something is wrong, something is too big. If the stars in the sky or the atoms of uranium disintegrate in spontaneous explosion, it is not because their substance has lost its balance. It is because matter has attempted to expand beyond the impassable barriers set to every accumulation. Their mass has become too big. If the human body becomes diseased, it is, as in cancer, because a cell, or a group of cells, has begun to outgrow its allotted narrow limits. And if the body of a people becomes diseased with the fever of aggression, brutzdity, collectivism, or massive idiocy, it is not because it has fallen victim to bad leadership or mental derangement. It is because huma beings, so charming as individuals or in small aggregations, have been welded into overconcentrated social units such as mobs, unions, cartels, or great powers.”
― Kohr Leopold
13 likes
Like

“For the thought of throwing the explosive does not come from our philosophic attitude but from the fact that we are holding it.”
― Leopold Kohr, Breakdown of Nations
0 likes
Like

“Page 180:
A fascinating contemporary parallel, and another example of destruction through centralization if a federal union harbors a single disproportionately large power, has been furnished by the short-lived United States of Indonesia. When it was created in December 1949, it was composed of sixteen member states of which one was so large that its subordination without its own consent was impossible …

Page 183:
… if our present unifiers really want union, they must have disunion first. If Europe is to be united under the auspices of the European Council, its participating great powers must first be dissolved to a degree that, as in Switzerland … none of its component units is left with a significant superiority in size and strength over the others.

Page 187:
This is why such attempts at international union as the European Council or the United Nations are doomed to failure if they continue to insist on their present composition. Compromising with their framework a number of unabsorbably great powers, they suffer from the deadly disease of political cancer. To save them it would be necessary to follow Professor Simons who said of the overgrown nation-states that:

‘These monsters of nationalism and mercantilism must be dismantled, both to preserve world order and to protect internal peace. Their powers to wage war and restrict world trade must be sacrificed to some supranational state or league of nations. Their other powers and functions must be diminished in favor of states, provinces, and, in Europe, small nations.’

This is, indeed, the only way by which the problem of international government can be solved. The great powers, those monsters of nationalism, must be broken up and replaced by small states; for, as perhaps even our diplomats will eventually be able to understand, only small states are wise, modest and, above all, weak enough, to accept an authority higher than their own.

Page 190
But war is fortunately not the only means by which great powers can be divided. Engulfed in a swamp of infantile emotionalism, and attaching phenomenal value to the fact that they are big and mighty, they cannot be persuaded to execute their own dissolution. But, being infantile and emotional, they can be tricked into it.”
― Leopold Kohr, The Breakdown of Nations
tags: balkanization, breakup-of-usa, canada-and-mexico, globalization, merger-of-usa, north-american-union, world-government
0 likes
Like