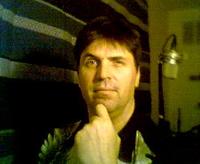 Website
http://www.nobiliserotica.com
Genre
Science Fiction & Fantasy
Member Since
December 2008
URL
https://www.goodreads.com/nobilis
edit data
Nobilis has been writing smut for years, but recently decided to see whether anyone else wanted to read it. To his surprise, people like it, so he keeps writing more. In between that and his day job, he does the father thing and steps over the cats.

For an ad-free version of this podcast, support the patreon campaign.

I have the greatest master who ever lived. He’s always so nice and gentle with me. Ever since I was a little lamb girl. Especially now when it comes to shearing day. I love days

“I like to have a martini,
Two at the very most.
After three I'm under the table,
after four I'm under my host.”
― Dorothy Parker, The Collected Dorothy Parker
tags: drinking, drunken-behaviour, humor
1287 likes

All day today at www.CyberLaunchParty.blogspot.com we're celebrating two new releases from Nobilis Reed and Logical-Lust Publications that take us from the future to Ancient Rome!

Tales of Love and Engineering , Book 1

Frank invented a fabric that can become any material. Marta developed software that turns it into any garment. While attending the fashion show where the fruits of their labor are unveiled, they discover two things. First, her desires mesh perfectly with his dominant nature, and the clothes they have made are the perfect toy for living out their fantasies. Second, their system has a disastrous flaw.

Working together to fix the bug transforms their invention from a plaything of the elite into something far more exciting, and their relationship switches from simple compatibility into something that carries a risk for them both.

Ex Fumo, Gaudiam: From Steam, Comes Joy is a novella that marks the first instalment in Roma Fervens: Boiling Rome, a new steampunk series that combines Ancient Rome, steam, and the fertile mind of Nobilis Reed.

In a Roman Empire powered by steam, Procurator Marcus Amandus has fallen in love with the wrong woman. Makki is a barbarian, native to the newly discovered Western continent. Unfortunately, Marcus is betrothed to the governor's daughter Livia Ambrosia who has arrived for a tour of the colony. Just when he thinks he has the situation under control, Makki's cruel husband Wotanake returns. Marcus must prove himself a lover and a fighter to protect their lives and his honor.

WIN - Leave Nobilis a question today at his Cyber Launch Party and your name goes in the hat for a copy of your choice from his two releases!