How do you get your reviews? I gave out 21 free E books in return for a review and got 0 reviews from that so far (about 7 or 8 months in the waiting). Not complaining, just observing. So hey, how are you? Miss all you Sisters, but I've been busy getting books published on CreateSpace. Are you enjoying your journey??? Still remember our visits during the flood.
Susan Helene Gottfried Hi, Cathy! It's been too long!

Expect a lot of books to disappear into the black hole of potential reviewers. There are a million reasons for this, but…moreHi, Cathy! It's been too long!

Expect a lot of books to disappear into the black hole of potential reviewers. There are a million reasons for this, but the top two seem to be that readers take on more books than they can review/life intrudes on reading and reviewing time, and that reviewers often won't post a negative review, which is unfortunate because a well-constructed negative review can be very helpful to a reader... and the author.

I always suggest vetting your potential reviewers very carefully. Read their other reviews and (I'm not kidding!) make sure they are up to your level of literacy. I can't tell you the number of reviews I have solicited for some of my books that were so full of grammatical errors, they were horrifying. (And some of those were from people considered "top reviewers," too!) But also, make certain that you're sending a review copy to someone who actually reads and understands your genre. Don't send a science fiction book to someone who only reads Regency Romances, even if your SF is a romance.

Remember to post reviews of books YOU read, too! Not only for books written by those in your network, but if you read something and have something to say about it, speak up. Reviews help authors, as you know. It's an easy way to pay it forward, and you never know where those small efforts will lead.

And, once you have people who are writing reviews for you, contact them first when you have a new book out. Of course, you'll have to keep an eye on who is writing the reviews and maintain a list, but again, it's networking and a way to reach a devoted following. Even if they find a book a mis-step and not up to your usual quality, don't kick them off. Only kick them off if they don't post the review (and how timely that post happens is up to you, but remember that with self-publishing, books don't go out of print, so you're playing the long game now), if they say they are done reading your books, or if their reviews of your books are only negative. At that point, they aren't helping you improve.

Hope all that helps, and good luck! Reviews are so necessary, but at the same time, soliciting them can be a full-time job. (less)
flag
View all 4 comments

The Things Characters do to Themselves 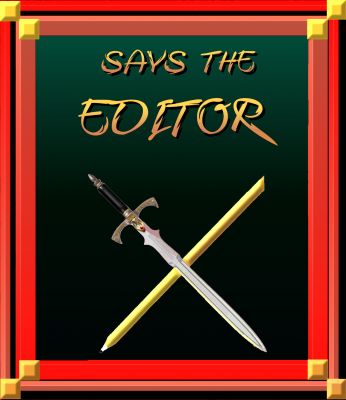 Like every other editor — every other human being, probably — I have opinions. Fortunately, I have a blog and a way to express those opinions, especially when they’re food for thought about the craft of writing, and might therefore help someone work toward mastering the craft.

Today’s rant is all about a phrase that’s ubiquitous. Ready?

They thought to themself.

“Hesitantly, he brushed back a few errant strands of her hair, his hand resting along the side of her face. "You have no idea how much I wish I could change thing."

His gaze dropped to her lips, causing her heart to race even faster. When he lowered his head, she held her breath, the memories of their first and only kiss flooding her, a kiss that seemed like it was a lifetime ago. She wanted to experience that again, to feel his lips on hers. She held perfectly still as he closed the distance between them, her breath catching.

When his lips pressed against hers, his touch was soft, exquisite and tender, stirring a fire within her that she had never felt before. She pressed herself closer to him as he worked a hand into her hair.

She wanted more of him. More of the precious connection between them that made her blood heat even as it filled her with an indescribable rightness. But almost as soon as their exploration of one another had begun, he pulled away, his breathing ragged and his expression pained.

New Authors Under the Mainstream Radar — 67 members — last activity Nov 21, 2012 12:59PM
A group for fiction authors who have recently become published, and for those readers who would like to find a new voice to enjoy and share.

Kindle Readers and Authors — 369 members — last activity Jul 21, 2019 02:55AM
Discussion forum to bring together readers on Kindle (and other ebook formats) with authors

Indie Book Collective — 2970 members — last activity Jun 09, 2021 06:45AM
A group of indie authors, helping each other out and bringing new books to the world

Kenya wrote: "I've been promoting your outstanding editing services on twitter...... :-(
You better not get famous and leave me!"

You? No way, no how. Unless I die or leave editing, but even if I leave, I'll come back for you. I told you, lady: I take care of my own!

I've been promoting your outstanding editing services on twitter...... :-(
You better not get famous and leave me!

Thanks for becoming my friend,
Leon Shure

Thanks for the acceptance. I hope that all os well and that the new year is going great! Peace!

Marlene wrote: "Well you really deserve it. You really fought hard and I know a little bit how hard it was but you did not give up. I am very happy for you. Hope to see more books :)
Hugs"


Oh, there WILL be more books. But it'd still be nice if a big publisher would get involved! Clearly, there's money to be made here...

Well you really deserve it. You really fought hard and I know a little bit how hard it was but you did not give up. I am very happy for you. Hope to see more books :)
Hugs

wow. How good to see your book on here but even more on amazon!!! Good work.

Hi Susan and thanks for the friendship!
Blessings,
Jeannie

cheesygiraffe wrote: "Umm why does Breeni's email addy show up for you? Did she set this up? LOL"

I think she fixed it. She's my Virtual Assistant. How cool is she to do that for me???

Umm why does Breeni's email addy show up for you? Did she set this up? LOL