,
Discover new books on Goodreads
See if your friends have read any of John Rogers's books 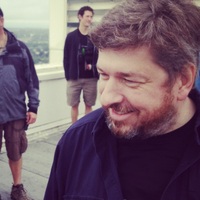 John Rogers isn't a Goodreads Author (yet), but they do have a blog, so here are some recent posts imported from their feed.

Man, I love this episode.

As we’ve discussed, a show is rarely ever the show until episode six. You may be either supremely skilled or lucky enough to be hitting home runs right from episode two — more prep tends to allow this, as you’re burning through your 999 bad ideas to get to the 1000th good idea some time during pre-shoot, rather than while in production — but six is usually the magi Read more of this blog post »
View more on John Rogers's website »
Like  •  0 comments  •  flag

“You don't really understand an antagonist until you understand why he's a protagonist in his own version of the world.”
― John Rogers
134 likes
Like