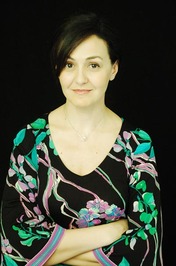 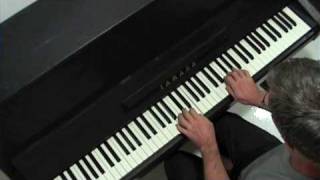 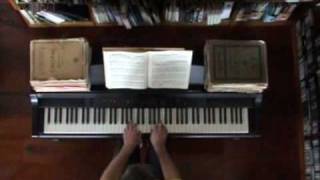 "Combining an extraordinary capacity for psychological acuteness and a passion for music, in this excellent book Charbonnier fathoms the depths of complex emotional dynamics, grasping the hidden meanings within..."
Psychologies, IT

Rita Charbonnier lives in Rome. She has studied piano and opera singing and is a former musical theatre actress. MOZART'S SISTER is her first novel.

“And he pranced around in front of her until Nannerl angrily jumped up, extending her arms in a shove that she didn’t intend to be violent but was. The child fell hard on the floor and hit his head. He didn’t cry. He looked at her with immense surprise, while she, terrified, knelt on the floor: “Wolfgang! Wolfgang! Did you hurt yourself?” He said no, rubbing the sore place on his forehead. Everything vanished in an instant: excitement, the wish to play, the attempt to provoke his sister. She shed copious tears of guilt, and this left him even more bewildered. Then he stood up mechanically and insisted on getting into his nightclothes without any help from her; by himself he removed the heavy bed warmer, got into bed, and an instant before falling asleep gave her a warm smile of understanding. Their parents found them like that, he in a deep sleep, she curled up beside him watching, with reddened eyes. The night walk had made no dent in Leopold’s bad mood. With a gloomy face he went into the adjoining room, sat down on the bed, and began to untie his shoes. Meanwhile Anna Maria whispered to Nannerl, “What happened? Did you quarrel?” She didn’t answer. She was listening with growing anger to the sounds her father made: a rustling of garments hung on the clothes rack, an indistinct muttering of disappointment for who knows what foolish reason, until she went to him and burst out: “Tomorrow Wolfgang won’t play! Do you understand?” “What’s wrong with you? Be quiet or you’ll wake him! Holy shit!” Anna Maria said, joining her. “He’s exhausted! He’s not himself! He’s always tired and sick, he’s lost weight, he’s not growing, and he has two black pouches under his eyes worse than yours. You can’t make us perform like trained dogs every night. Wolfgang should go to bed early!” Leopold, impassive, slowly continued to undress. He was now half naked, but he didn’t care if his daughter saw him in that state; it was a way of communicating to her that her presence had for him the same value as that of a night table or a bedside rug. “I will tell you one time only, Nannerl, and I will not repeat it,” he replied in a low voice. “When you have your own children, you can bring them up as you see fit; for the moment it is I, I alone, who will make decisions for Wolfgang. He endures fatigue very well. Maybe it’s you who are weak, and your thoughtless actions are the proof.” Furious, Nannerl pushed to the floor the rack on which her father had so carefully hung his clothes and returned to her brother, slamming the door behind her.”
― Rita Charbonnier, Mozart's Sister: A Novel
0 likes
Like

“My dear sister! I’m amazed to discover that you can compose so delightfully. In a word, your Lied is beautiful. You must compose more often.”
― Wolfgang Amadeus Mozart
22 likes
Like

“The music is not in the notes,
but in the silence between.”
― Wolfgang Amadeus Mozart
tags: music
817 likes
Like

Book Excerpts — 304 members — last activity Feb 20, 2019 10:49PM
A group where authors can post excerpts of their books and links to where people can purchase them.

Susanne Dunlap
author of
The Music...

Thank you for being my friend ..
keep in touch ..

Hi Rita,
Thanks for joining my group. I hope to hear from you real soon...

Congratulations on your book doing so well. Keep the creative juices flowing...! :D

Thanks for being apart of my circle of friends. I'm also glad you find the A&BP site useful!

Thanks for taking the time out Rita! Bless you!

Hi I'm happy too to get to know you. You look beautiful. Congrats on your book
Love
Nowsheen

Hi Rita, I'm so glad!
Very nice to have you as my friend!
It's a wonderful gift to have friends around the globe.

im glad we are friends to lol sorry this took awhile to get back to you! Hey seeign how i have alot of books on my page i would like to invite you to read one its the book i have read that robert kennedy wrote Make Gentle the Life of This World : The Vision of Robert F. Kennedy
if you want to buy it heres the link for it for the web site B&N.com please copy and paste link if you cant click on it