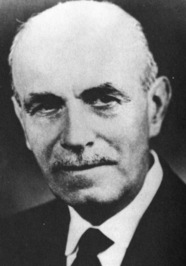 Born
Washington, DC, The United States
Died
December 24, 1969
Genre
Horror
edit data
Best know as an American pulp author for Weird Tales, for which he wrote a series of stories about occult detective Jules de Grandin. He was the author of non-fiction legal and medical texts and editor of Casket & Sunnyside, a trade journal for mortuary jurisprudence. He also published fiction for Embalming Magazine, another mortuary periodical.

3.46 avg rating — 28 ratings
Quotes by Seabury Quinn  (?)
Quotes are added by the Goodreads community and are not verified by Goodreads. (Learn more)
“Certainly, de Grandin was not the first occult detective—Algernon Blackwood’s John Silence, Hodgson’s Thomas Carnacki, and Sax Rohmer’s Moris Klaw preceded him—nor was he the last, as Wellman’s John Thunstone, Margery Lawrence’s Miles Pennoyer, and Joseph Payne Brennan’s Lucius Leffing all either overlapped with the end of de Grandin’s run or followed him.”
― Seabury Quinn, The Horror on the Links
2 likes
Like

“Moreover, he was deeply versed in demonology, and could smell wizardry or witchcraft featly as the beagle scents the cony, so when he spake he spake with great authority, and thus he spake to the Burggraf:”
― Seabury Quinn, Roads: A Legend of Santa Claus
1 likes
Like

“At first it seemed to be no more than a chance ray of light beamed into the vestibule by the shifting of a tree-bough between house and street lamp, but as we kept our eyes glued to it we saw that it was a form - a tall, attenuated, skeletally-thin form moving stealthily in the shadow.

Slowly the thing emerged from the gloom of the doorway, and despite the warning I had had, I felt a prickling sensation at the back of my neck just above my collar, and a feeling as of sudden chill ran through my forearms. It was tall, as we had been told, fully six feet from its bare-boned feet to hairless, parchment-covered skull; and the articulation of its skeleton could be seen plainly through the leathery skin that clung to the gaunt, staring bones. The nose was large, high-bridged and haughty, like the beak of a falcon or eagle, and the chin was prominent beneath the brownish sheath of skin that stretched drum-tight across it. The eyes were closed and showed only as twin depressions in the skull-like countenance, but the mummified lips had retracted to show a double line of teeth in a mirthless grin. Its movements were irregular and stiff, like the movements of some monstrous mechanical doll or, as Edina Laurace had expressed it, like a marionette worked by unseen wires. But once it had emerged from the doorway it moved with shocking quickness. Jerkily, and with exaggeratedly high knee-action, it crossed the lawn, came to the sidewalk, turned on its parchment-soled feet as if on a pivot, and started after de Grandin.

("The Man In Crescent Terrace")”
― Seabury Quinn, The Mummy Walks Among Us
tags: mummy
1 likes
Like