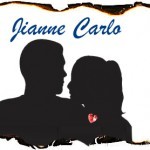 While strong heroines, exotic locations, and cultural differences are her forte, she goes weak in the knees for warriors of any type, rebels, SEAls, Vikings, and bad-ass mercenaries. Send her a man with an attitude and she’ll find the right woman to tame him.

Nothing makes Jianne’s day more than an email from someone who’s read one of her books. So far, she’s received emails from almost every continent on the planet. Almost…

For four interminable years, I’ve been unable to put pen to paper for anything other than boring IT technicalities. Finally, last month, I woke up at four in the morning with the idea for – not just one series – but two. Go figure. It’s always been go big or go home for me. So, now my writer’s brain is on overload and I’m frantically going from one tale to another.

Luckily for me – or perhaps it’s

3.56 avg rating — 151 ratings
More series by Jianne Carlo…
Quotes by Jianne Carlo  (?)
Quotes are added by the Goodreads community and are not verified by Goodreads. (Learn more)
“He, Dominix Alexander Zubiri, was in love. With a woman who gagged at the thought of sucking his dick. The universe's idea of a colossal joke.”
― Jianne Carlo, Devil
tags: erotic-romance
6 likes
Like

“Is that a bad thing?” He angled his wineglass. “Every aspect of society today

contrives to muddy our vision. To make us want things we don‟t need. Need things

we don‟t want. Strip all of that away and cut to your deathbed.” He clinked their

glasses together. “That‟s the essence of a life.”
― Jianne Carlo, Lucifer
1 likes
Like

Congrats on your new release Jianne!!

Can a Viking forgive the woman who cheated him of his vengeance?

All Dráddor has to do is kill the Earl of Caithness, wed the man's daughter, and vengeance would be his and the oath to his father would be fulfilled. But when he arrives at Caithness, the earl is already dead, poisoned by own wife. And when he finds the earl’s daughter, the Lady Xára, he find she’s unable to speak. Unwilling to be thwarted, Dráddor marries her anyway to claim the earl’s lands and title, knowing King Kenneth could not fault him for later casting her aside.

Desperate to protect her family, Xára willingly weds the Viking. She must win Dráddor to her side before he discovers the secret that will destroy all. But the Saracen warrior, Niketas, has other plans. He needs the blood of two virgin half-immortals to win eternal life and the powers of the gods. Until the god Heimdallr, Xára's true sire, makes it clear he has other plans for his beloved daughter…

BUY THE eBOOK *** READ THE EXCERPT 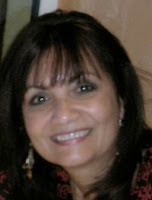 Award winning, Jianne Carlo knows multi-cultural romance. Born to an Indian father and a Hispanic mother intent on becoming a nun, she met and married her Dutch-bred immigrant husband in her last year at college. Their children check off the majority of the boxes under the category, Ethnic Origin.

Add to this the fact Jianne grew up on a sixty by forty Caribbean island where the population mixture represents the world's religious, cultural, and ethnic diversity (and some mixtures no one's dreamed up) and you have a multi-cultural woman who believes the word 'Mutt' represents the best of human nature.

For the factually inclined, Jianne has a Bachelor's Degree in English and Sociology, and a Master's in Management Science with three areas of concentration, Computers, Finance, and Statistics.

Her passions in life center around her proudest achievements, a happy marriage (measure of happiness varies with level of irritation), and three grown sons of the finest caliber she's proud to call friends, although they're never allowed to forget the mom factor.

Other areas of interest include, traveling, meeting new people, reading, dressage, all animals, cooking eclectic food, eating said food, and sipping good wine, while hanging out, ('liming' in Trini-speak) with friends. Jianne's proud to announce the only carbonated beverage she drinks is champagne. Who needs Coke?

And you never want to be in the same room if she picks up a dart and aims for the target. Run for your life. Her colleagues do. Her family hides such instruments.

WIN - Leave Jianne a comment today at her Cyber Launch Party and share this post with your friends using the share bar below and your name goes in the hat for your choice of one of the first two books in Jianne's Viking Vengeance Series.  Please tell her how you shared and leave your email address, so Jianne can contact you if you are today's winner.

Congrats on your new release Jianne!!

Can a mere Viking break the curse of a sea god?

Cursed by the sea-god Ægir to be burned at the stake, Lady Nyssa seeks the one man who can save her--the warrior who bears the mark of the Saracen. When she finds a Viking warrior wounded and senseless on a beach, she knows he is her savior. But Ægir’s wrath extends to others in her life as well. He’s killed her father and stepmother, turned her stepbrother into a mountain lion, and imprisoned her people. And worse, he’s cursed any man who lays with her to have his manparts wither and die.

Konáll has traded coin a-plenty to gain a wife with lands, the daughter of the King of Moray. He expects a refined, comely, trainable damsel, not a doomed warrior princess with the strength of a giantess who cannot bear the touch of a man. But once he learns more about this woman who speaks to talking mountain cats and hides as a peasant among the rabble, he cannot deny his feelings. There’s more than one way to breech a maidenhead, and if teaching her the ways of a woman’s pleasure with a carved ivory dildo is what it takes to make her his, then he’s more than happy to challenge the wrath of a god…

WIN - Leave a question today for Jianne and your name goes in the hat for a copy of her new ebook and a Hallmark giftcard for the holiday! Please leave your email address, so she can contact you if you are the winner! Good Luck!

***Be sure to check out Jianne's contest for a beautiful pearl necklace over at www.AIAuthorNews.blogspot.com !!!

Congrats on the new release Jianne!

Can a mere mortal Viking tame the daughter of a goddess?

When Scotland’s King Kenneth orders his death and kidnaps his sister, the Viking Brökk—the Malice Striker—plans his vengeance: he’ll steal the king’s bastard daughter from Sumbarten Abbey and use her to buy his sister's freedom. But his schemes go awry when his liege lord commands him to wed Skatha—and when he finds five women instead of one at the Abbey, none will claim the King as father.

When the Viking abducts Skatha and her women, she’s bewildered. Why did Brökk seize her? Why does he want her for his wife? She weds him willingly enough when he threatens to kill her companions, but she vows to control her own destiny and escape. For if the Viking discovers her secrets, the laws of his people will force him to cast her aside…or kill her. And even Skatha, daughter of a goddess, might not escape the Viking’s wrath…

WIN - Leave a question today for Jianne and you are entered into the TWO contests she has going on over at her website - one for her monthly book giveaway and the other for a KINDLE FIRE!!! Please leave your email address, so she can get you entered! Good Luck!

***Be sure to check out all of Jianne's contest details on her website and learn how easy it is to get even more entries in the hat for the Kindle Fire she has up for grabs!!!

Congrats on the new release Jianne!!!


ALPHA ME NOT by Jianne Carlo
White Wolf Book Three

Susie White wants no picket fences, no alpha, and no cubs. White wolf woman she may be, but no pack for her, no sireee. Alpha me not, that’s her motto. In all caps.

Mercenary and half-breed wolf Joe Huroq’s not looking for a mate. Stop and go screwing, that’s his motto. Hot and heavy between missions. Then he glimpses his new neighbor tanning nude and the situation explodes.

Literally. Susie’s house is consumed by fire. What’s Joe to do but offer Susie his hospitality?

Susie can’t resist the temptation of big, bad, mercenary, so she suggests a friends with benefits arrangement which he accepts with an amazing alacrity. The sex is frantic, hot, and frequent. Neither one can keep their hands off the other.

Then children go missing. The fire’s deemed arson. Bodies pile up. Susie refuses to accept Joe’s mate claim. Can he keep her safe when she won’t obey a single order?


WIN - Leave a question today for Jianne and your name goes in the hat for an ebook of the first book in Jianne's series, WHITE WOLF.


***Be sure to check out Jianne's new contest on her website - she's got a Kindle Fire up for grabs!!!