Discover new books on Goodreads
See if your friends have read any of Douglas W. Hubbard's books 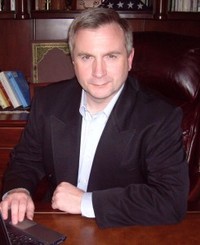 “If a measurement matters at all, it is because it must have some conceivable effect on decisions and behaviour. If we can't identify a decision that could be affected by a proposed measurement and how it could change those decisions, then the measurement simply has no value”
― Douglas W. Hubbard, How to Measure Anything: Finding the Value of "Intangibles" in Business
tags: business, information-economics, measurement
8 likes
Like

“Explanations involving conspiracy, greed, and even stupidity are easier to generate and accept than more complex explanations that may be closer to the truth.

A bit of wisdom called Hanlon's Razor advises us 'Never attribute to malice that which can be adequately explained by stupidity.' I would add a clumsier but more accurate corollary to this: 'Never attribute to malice or stupidity that which can be explained by moderately rational individuals following incentives in a complex system of interactions.' People behaving with no central coordination and acting in their own best interest can still create results that appear to some to be clear proof of conspiracy or a plague of ignorance.”
― Douglas W Hubbard, Failure of Risk Management: Why It's Broken and How to Fix It
6 likes
Like

“Absence of evidence is not evidence of absence”
― Douglas W. Hubbard, How to Measure Anything: Finding the Value of Intangibles in Business
4 likes
Like

Is this you? Let us know. If not, help out and invite Douglas to Goodreads.