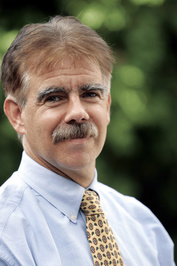 Twitter
wr_coffey
Genre
Sports
edit data
Wayne Coffey is an award-winning sportswriter for the New York Daily News and the author of Winning Sounds Like This, among other books. He lives in the Hudson Valley region of New York.

“Hockey is a club that holds its members tightly, the bond forged by shared hardship and mutual passion, by every trip to the pond, where your feet hurt and your face is cold and you might get a stick in the ribs or a puck in the mouth, and you still can’t wait to get back out there because you are smitten with the sound of blades scraping against ice and pucks clacking off sticks, and with the game’s speed and ever-changing geometry. It has a way of becoming the center of your life even when you’re not on the ice.”
― Wayne Coffey, The Boys of Winter: The Untold Story of a Coach, a Dream, and the 1980 U.S. Olympic Hockey Team
1 likes
Like

“The men were famous once. Some of them still are. They were the 1980 U.S. Olympic hockey team and Brooks had brought them together, 24 summers before. He had picked them and provoked them and pushed them, sometimes irritating them and often infuriating them by his hardness and his aloofness, his scathing rebukes and his unrelenting mind games.”
― Wayne Coffey, The Boys of Winter: The Untold Story of a Coach, a Dream, and the 1980 U.S. Olympic Hockey Team
1 likes
Like

“Brooks wanted to abandon the traditional, linear, dump-and-chase style of hockey that had held sway in North America forever. He wanted to attack the vaunted Russians with their own game, skating with them and weaving with them, stride for high-flying stride. He wanted to play physical, un-yielding hockey to be sure, but he also wanted fast, skilled players who would flourish on the Olympic ice sheet (which is 15 feet wider than NHL rinks) and be able to move and keep possession of the puck and be in such phenomenal condition that they would be the fresher team at the end.”
― Wayne Coffey, The Boys of Winter: The Untold Story of a Coach, a Dream, and the 1980 U.S. Olympic Hockey Team
1 likes
Like

Is this you? Let us know. If not, help out and invite Wayne to Goodreads.