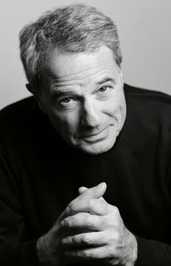 edit data
Charles Glass is an author, journalist and broadcaster, who specializes in the Middle East. He made headlines when taken hostage for 62 days in Lebanon by Shi’a militants in 1987, while writing a book during his time as ABC’s News chief Middle East correspondent. He writes regularly for the New York Review of Books, Harper’s, the London Review of Books and The Spectator. He is the author of Syria Burning, Tribes with Flags, Money for Old Rope, The Tribes Triumphant, The Northern Front, Americans in Paris and Deserters: A Hidden History of World War II.

Charles Glass isn't a Goodreads Author (yet), but they do have a blog, so here are some recent posts imported from their feed.

This RSS feed URL is deprecated

This RSS feed URL is deprecated, please update. New URLs can be found in the footers at https://news.google.com/news
View more on Charles Glass's website »
Like  •  0 comments  •  flag

· 2,691 ratings · 361 reviews · 26 distinct works • Similar authors
More books by Charles Glass…
Quotes by Charles Glass  (?)
Quotes are added by the Goodreads community and are not verified by Goodreads. (Learn more)
“The population of Syria is so inharmonious a gathering of widely different races in blood, in creed, and in custom, that government is both difficult and dangerous.”— Sir Mark Sykes, Dar Ul-Islam: A Record of a Journey through Ten of the Asiatic Provinces of Turkey”
― Charles Glass, The State of Syria
0 likes
Like

“The contrast with many other Sunni Muslim clergymen is stark. Another Syrian mullah, Sheikh Adnan al-Arour, broadcasts regularly from Saudi Arabia with a different message: “The problem is actually with some minorities and sects that support the regime . . . and I mention in particular the Alawite sect. We will never harm any one of them who stood neutral, but those who stood against us, I swear by Allah, we will grind them and feed them to the dogs.” Another Sunni preacher, the Egyptian Sheikh Mohammad al-Zughbey, went further: “Allah! Kill that dirty small sect [the Alawites]. Allah! Destroy them. Allah! They are the Jews’ agents. Kill them all. . . . It is a holy jihad.”
― Charles Glass, The State of Syria
0 likes
Like

“Meleager of Gadara called, in the first century BC, “one country which is the whole world.”
― Charles Glass, The State of Syria
0 likes
Like

What work of non Fiction would you like to read in August?