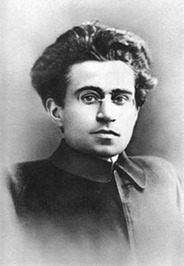 The indifference is the deadweight of history. The indifference operates with great power on history. The indifference operates passively, but it operates. It is fate, that which cannot be counted on. It twists programs and ruins the best-conceived plans. It is the raw material that ruins intelligence. That what happens, the evil that weighs upon all, happens because the human mass abdicates to their will; allows laws to be promulgated that only the revolt could nullify, and leaves men that only a mutiny will be able to overthrow to achieve the power. The mass ignores because it is careless and then it seems like it is the product of fate that runs over everything and everyone: the one who consents as well as the one who dissents; the one who knew as well as the one who didn’t know; the active as well as the indifferent. Some whimper piously, others curse obscenely, but nobody, or very few ask themselves: If I had tried to impose my will, would this have happened?

I also hate the indifferent because of that: because their whimpering of eternally innocent ones annoys me. I make each one liable: how they have tackled with the task that life has given and gives them every day, what have they done, and especially, what they have not done. And I feel I have the right to be inexorable and not squander my compassion, of not sharing my tears with them.

I am a partisan, I am alive, I feel the pulse of the activity of the future city that those on my side are building is alive in their conscience. And in it, the social chain does not rest on a few; nothing of what happens in it is a matter of luck, nor the product of fate, but the intelligent work of the citizens. Nobody in it is looking from the window of the sacrifice and the drain of a few. Alive, I am a partisan. That is why I hate the ones that don’t take sides, I hate the indifferent.”
― Antonio Gramsci
tags: partisanship
186 likes
Like

“The point of modernity is to live a life without illusions while not becoming disillusioned”
― Antonio Gramsci
tags: morality, philosophy, politics
163 likes
Like