Discover new books on Goodreads
See if your friends have read any of Eric R. Wolf's books 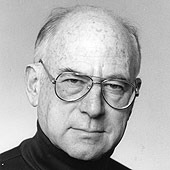 “The central assertion of this book is that the world of humankind constitutes a manifold, a totality of interconnected processes, and inquiries that disassemble this totality into bits and then fail to reassemble it falsify reality. Concepts like “nation,” “society,” and “culture” name bits and threaten to turn names into things. Only by understanding these names as bundles of relationships, and by placing them back into the field from which they were abstracted, can we hope to avoid misleading inferences and increase our share of understanding.”
― Eric R. Wolf
6 likes
Like

“We have been taught, both inside the classroom and outside of it, that there exists an entity called the West, and that one can think of this West as a society and civilization independent of and in opposition to other societies and civilizations. Many of us even grew up believing that this West has a genealogy, according to which ancient Greece begat Rome, Rome begat Christian Europe, Christian Europe begat the Renaissance, the Renaissance the Enlightenment, the Enlightenment political democracy and the industrial revolution. Industry, crossed with democracy, in turn yielded the United States, embodying the rights to life, liberty, and the pursuit of happiness.”
― Eric R. Wolf, Europe and the People Without History
tags: anthropology, history
3 likes
Like

“By turning names into things we create false models of reality. By endowing nations, societies or cultures, with the qualities of internally homogeneous and externally distinctive bounded objects, we create a model of the world as a global pool hall in which the entities spin off each other line so many hard and round billiard balls”
― Eric R. Wolf
tags: anthropology, history, politics
2 likes
Like