,
Discover new books on Goodreads
See if your friends have read any of Richard Engling's books 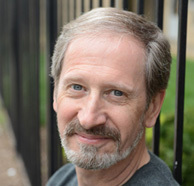 Born
Elmhurst, IL, The United States
Website
http://richardengling.com/
Member Since
May 2008
edit data
Richard Engling is a Chicago novelist, playwright, actor, director, and musician whose books include the novel, VISIONS OF ANNA, and the collection of plays, ANTIGONE AND MACBETH: ADAPTATIONS FOR A WAR-TORN TIME, both published by Polarity Ensemble Books. His plays also include GHOST WATCH and ANNA IN THE AFTERLIFE and have been produced in Chicago and elsewhere. His 1989 novel, BODY MORTGAGE, originally published by Penguin/NAL in the US and Headline in the UK, and is now available in a revised edition from Polarity Ensemble Books.

GIVE MY REGARDS TO NOWHERE coming March 22

Chicago director Dwayne Finnegan has a long shot at the big time and only two obstacles: himself and everyone he knows. 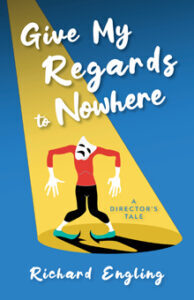 a comic novel of love, lust, and life-threatening electrical shocks

Dwayne’s got an idea of how to direct Shakespeare’s least-favorite play that could set him on the road to Broadway. We’re talking Bob Fosse choreography, Jimi Hendrix guitars, and the hottest cast in the city of Ch