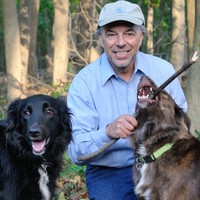 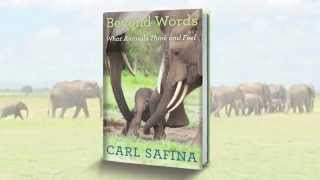 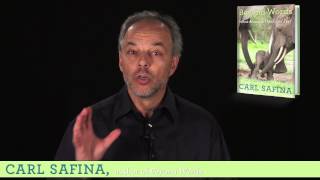 He lives on Long Island, New York with his wife Patricia, the two best beach-running dogs in the world, some chickens, a couple of parrots, and Frankie the kingsnake. ...more 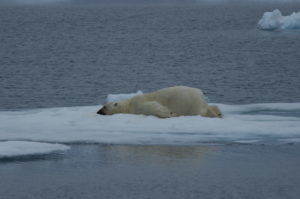 On September 8, the New Yorker published an article by Jonathan Franzen titled, “What if we stopped pretending?” By September 11, various instant criticisms and rebuttals had been published including a Scientific American piece by Columbia University climate scientist Dr. Kate Marvel, titled, “Shut up, Franzen.”

Basically, Franzen believes there is al

“Saving the world requires saving democracy. That requires well-informed citizens. Conservation, environment, poverty, community, education, family, health, economy- these combine to make one quest: liberty and justice for all. Whether one's special emphasis is global warming or child welfare, the cause is the same cause. And justice comes from the same place being human comes from: compassion.”
― Carl Safina, The View from Lazy Point: A Natural Year in an Unnatural World
tags: conservation, ecology, environment
38 likes
Like

“Ethics that focus on human interactions, morals that focus on humanity's relationship to a Creator, fall short of these things we've learned. They fail to encompass the big take-home message, so far, of a century and a half of biology and ecology: life is- more than anything else- a process; it creates, and depends on, relationships among energy, land, water, air, time and various living things. It's not just about human-to-human interaction; it's not just about spiritual interaction. It's about all interaction. We're bound with the rest of life in a network, a network including not just all living things but the energy and nonliving matter that flows through the living, making and keeping all of us alive as we make it alive. We can keep debating ideologies and sending entreaties toward heaven. But unless we embrace the fuller reality we're in- and reality's implications- we'll face big problems.”
― Carl Safina, The View from Lazy Point: A Natural Year in an Unnatural World
tags: ecology, environmentalism, nature, science
13 likes
Like

“Another big group of dolphins had just surfaced alongside our moving vessel—leaping and splashing and calling mysteriously back and forth in their squeally, whistly way, with many babies swift alongside their mothers. And this time, confined to just the surface of such deep and lovely lives, I was becoming unsatisfied. I wanted to know what they were experiencing, and why to us they feel so compelling, and so—close. This time I allowed myself to ask them the question that was forbidden fruit: Who are you? Science usually steers firmly from questions about the inner lives of animals. Surely they have inner lives of some sort. But like a child who is admonished that what they really want to ask is impolite, a young scientist is taught that the animal mind—if there is such—is unknowable. Permissible questions are “it” questions: where it lives; what it eats; what it does when danger threatens; how it breeds. But always forbidden—always forbidden—is the one question that might open the door: “Who?” — Carl Safina”
― Carl Safina, Beyond Words: What Animals Think and Feel
tags: animals, cognition, conservation, emotion, science, thinking, thinking-outside-the-box
1 likes
Like

“We look at the world through our own eyes, naturally. But by looking from the inside out, we see an inside-out world. This book takes the perspective of the world outside us—a world in which humans are not the measure of all things, a human race among other races. ...In our estrangement from nature we have severed our sense of the community of life and lost touch with the experience of other animals. ...understanding the human animal becomes easier in context, seeing our human thread woven into the living web among the strands of so many others.”
― Carl Safina, Beyond Words: What Animals Think and Feel
tags: animal-rights, animals, conservation, emotions, thoughts-on-life, thoughts-on-the-mind
7 likes
Like