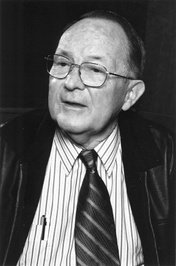 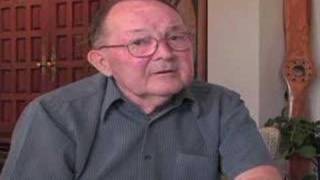 Born
in Phoenix, Arizona, The United States
January 01, 1931
Died
November 20, 2010
Genre
Politics
edit data
Chalmers Ashby Johnson was an American author and professor emeritus of the University of California, San Diego. He fought in the Korean war, from 1967-1973 was a consultant for the CIA, and ran the Center for Chinese Studies at the University of California, Berkeley for years. He was also president and co-founder of the Japan Policy Research Institute, an organization promoting public education about Japan and Asia.

4.06 avg rating — 54,440 ratings
Quotes by Chalmers Johnson  (?)
Quotes are added by the Goodreads community and are not verified by Goodreads. (Learn more)
“History teaches us that the capacity for things to get worse is limitless.”
― Chalmers Johnson
32 likes
Like

“It is time to realize, however, that the real dangers to America today come not from the newly rich people of East Asia but from our own ideological rigidity, our deep-seated belief in our own propaganda.”
― Chalmers Johnson, Blowback: The Costs and Consequences of American Empire
10 likes
Like

“The Nature of Political Terrorism The suicidal assassins of September 11, 2001, did not “attack America,” as political leaders and news media in the United States have tried to maintain; they attacked American foreign policy. Employing the strategy of the weak, they killed innocent bystanders, whose innocence is, of course, no different from that of the civilians killed by American bombs in Iraq, Serbia, Afghanistan, and elsewhere.”
― Chalmers Johnson, Blowback: The Costs and Consequences of American Empire
6 likes
Like