A California native who first longed to be an actress, Christine earned her theater degree from California State, Sacramento and then went to New York to study acting. Later, she moved to Southern California, where she began her writing career with short stories, plays, and poems. Her poems and short stories were published in a number of small literary journ New York Times bestselling author Christine Rimmer has written more than one hundred contemporary romances for Harlequin Books. She has won Romantic Times BOOKreview’s Reviewer’s Choice Award for best Silhouette Special Edition. She has been nominated seven times for the Romance Writers of America’s prestigious RITA award and five times for Romantic Times Series Storyteller of the Year.

A California native who first longed to be an actress, Christine earned her theater degree from California State, Sacramento and then went to New York to study acting. Later, she moved to Southern California, where she began her writing career with short stories, plays, and poems. Her poems and short stories were published in a number of small literary journals. Her plays were produced at The Back Alley and Group Theaters in Southern California and have been published by Dramatists Play Service and West Coast Plays.

She now lives in Oregon with her family and two very contented cats named Tom and Ed.
...more

I also find doing other creative activities than writing helpful. Arranging flowers in a pretty vase, an art project, "casting" my characters and creating Pinterest boards for each book filled with images that inspire me. All that kind of fills my creative well and gets me ready to write.(less)
flag
See all 6 answers from Christine Rimmer… 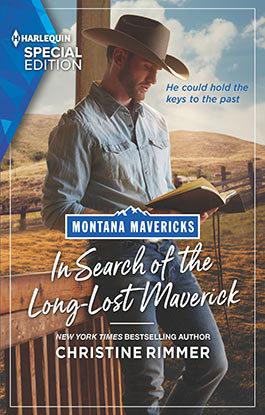 All of a sudden, it���s May. Everything is green and gorgeous here in Oregon. And this month, I���ve got a cover reveal for you.
View more on Christine Rimmer's website »
1 like · Like  •  3 comments  •  flag

“his community. He lived to serve the citizens of tiny Broomtail County, Colorado, and he would do just about anything for his constituents. But a bachelor auction? No way would he agree to be a prize in one of those. Being raffled off to the highest bidder was beneath his dignity. Plus, he would have to go out with the winner. Seth hadn’t gone out with anyone in almost four years. And way back when he did go out, it hadn’t been with a woman from town—or anywhere”
― Christine Rimmer, The Lawman's Convenient Bride
0 likes
Like

“The president is a nationalist, which is not at all the same thing as a patriot. A nationalist encourages us to be our worst, and then tells us that we are the best. A nationalist, “although endlessly brooding on power, victory, defeat, revenge,” wrote Orwell, tends to be “uninterested in what happens in the real world.” Nationalism is relativist, since the only truth is the resentment we feel when we contemplate others. As the novelist Danilo Kiš put it, nationalism “has no universal values, aesthetic or ethical.” A patriot, by contrast, wants the nation to live up to its ideals, which means asking us to be our best selves. A patriot must be concerned with the real world, which is the only place where his country can be loved and sustained. A patriot has universal values, standards by which he judges his nation, always wishing it well—and wishing that it would do better. Democracy”
― Timothy Snyder, On Tyranny: Twenty Lessons from the Twentieth Century
102 likes
Like

Christine,
Thank you so much for accepting my friend request on Goodreads. It's really great to meet you.
God bless.
Donna