Discover new books on Goodreads
See if your friends have read any of James D.G. Dunn's books 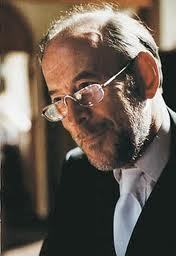 Born
in The United Kingdom
October 21, 1939
Genre
Religion
edit data
James D. G. ("Jimmy") Dunn (born 1939) was for many years the Lightfoot Professor of Divinity in the Department of Theology at the University of Durham. Since his retirement he has been made Emeritus Lightfoot Professor. He is a leading British New Testament scholar, broadly in the Protestant tradition. Dunn is especially associated with the New Perspective on Paul, along with N. T. (Tom) Wright and E. P. Sanders. He is credited with coining this phrase during his 1982 Manson Memorial Lecture.

Dunn has an MA and BD from the University of Glasgow and a PhD and DD from the University of Cambridge. For 2002, Dunn was the President of the Studiorum Novi Testamenti Societas, the leading international body for New Testament study. Only three other James D. G. ("Jimmy") Dunn (born 1939) was for many years the Lightfoot Professor of Divinity in the Department of Theology at the University of Durham. Since his retirement he has been made Emeritus Lightfoot Professor. He is a leading British New Testament scholar, broadly in the Protestant tradition. Dunn is especially associated with the New Perspective on Paul, along with N. T. (Tom) Wright and E. P. Sanders. He is credited with coining this phrase during his 1982 Manson Memorial Lecture.

Dunn has taken up E. P. Sanders' project of redefining Palestinian Judaism in order to correct the Christian view of Judaism as a religion of works-righteousness. One of the most important differences to Sanders is that Dunn perceives a fundamental coherence and consistency to Paul's thought. He furthermore criticizes Sanders' understanding of the term "justification", arguing that Sanders' understanding suffers from an "individualizing exegesis". ...more

“The believer caught between the flesh and Spirit is also caught between death and life. That is what happens when God intervenes in a human life. That intervention does not necessarily bring tranquility. In fact, it is more likely to bring tension and conflict. It is the life surrendered to the flesh which lacks inner conflict, for the decline through sin to death can be so easy. It is when the Spirit enters a life to contest the sway of sin and counter the weakness of the flesh that conflict ensues. The presence of moral conflict is a sign of the Spirit presence, not the Spirit's absence.”
― James D.G. Dunn, Romans: A Bible Commentary for Every Day
tags: christianity, sin, spirit, the-flesh
1 likes
Like

“..."facts" properly speaking are always and never more than interpretations of the data... the Gospel accounts are themselves such data or, if you like, hard facts. But the events to which the Gospels refer are not themselves "hard facts"; they are facts only in the sense that we interpret the text, together with such other data as we have, to reach a conclusion regarding the events as best we are able. They are facts in the same way that the verdict of a jury establishes the facts of the case, the interpretation of the evidence that results in the verdict delivered. Here it is as well to remember that historical methodology can only produce probabilities, the probability that some event took place in such circumstances being greater or smaller, depending on the quality of the data and the perspective of the historical enquirer. The jury which decides what is beyond reasonable doubt is determining that the probability is sufficiently high for a clear-cut verdict to be delivered. Those who like "certainty" in matters of faith will always find this uncomfortable. But faith is not knowledge of "hard facts"...; it is rather confidence, assurance, trust in the reliability of the data and in the integrity of the interpretations derived from that data...

It does seem important to me that those who speak for evangelical Christians grasp this nettle firmly, even if it stings! – it is important for the intellectual integrity of evangelicals. Of course any Christian (and particularly evangelical Christians) will want to get as close as possible to the Jesus who ministered in Galilee in the late 20s of the first century. If, as they believe, God spoke in and through that man, more definitively and finally than at any other time and by any other medium, then of course Christians will want to hear as clearly as possible what he said, and to see as clearly as possible what he did, to come as close as possible to being an eyewitness and earwitness for themselves. If God revealed himself most definitively in the historical particularity of a Galilean Jew in the earliest decades of the Common Era, then naturally those who believe this will want to inquire as closely into the historical particularity and actuality of that life and of Jesus’ mission. The possibility that later faith has in some degree covered over that historical actuality cannot be dismissed as out of the question. So a genuinely critical historical inquiry is necessary if we are to get as close to the historical actuality as possible. Critical here, and this is the point, should not be taken to mean negatively critical, hermeneutical suspicion, dismissal of any material that has overtones of Easter faith. It means, more straightforwardly, a careful scrutiny of all the relevant data to gain as accurate or as historically responsible a picture as possible.

In a day when evangelical, and even Christian, is often identified with a strongly right-wing, conservative and even fundamentalist attitude to the Bible, it is important that responsible evangelical scholars defend and advocate such critical historical inquiry and that their work display its positive outcome and benefits. These include believers growing in maturity
• to recognize gray areas and questions to which no clear-cut answer can be given (‘we see in a mirror dimly/a poor reflection’),
• to discern what really matters and distinguish them from issues that matter little,
• and be able to engage in genuine dialogue with those who share or respect a faith inquiring after truth and seeking deeper understanding.

In that way we may hope that evangelical (not to mention Christian) can again become a label that men and women of integrity and good will can respect and hope to learn from more than most seem to do today.”
― James D.G. Dunn, The Historical Jesus: Five Views
1 likes
Like

“Again, it is perhaps significant that the authority of his preaching can be said to derive from his sense of being Spirit-inspired (see above §g), but also from his sense of sonship (Matt. 11.27). `Father' as much as `Spirit' spells `authority'. So too is authority present in the realized eschatology note so distinctive ofJesus' ministry. It expressed his consciousness of that power of God reserved for the end-time and
manifested particularly in his exorcisms. But it expressed also his consciousness of God as Father, he who had drawn near in forgiveness and healing to deliver the poor. In short, Spirit and sonship, sonship and Spirit, are but two aspects of the one experience of God out of which Jesus lived and ministered.”
― James D.G. Dunn, Jesus and the Spirit: A Study of the Religious and Charismatic Experience of Jesus and the First Christians as Reflected in the New Testament
0 likes
Like

Is this you? Let us know. If not, help out and invite James to Goodreads.