Discover new books on Goodreads
See if your friends have read any of Trinh T. Minh-ha's books 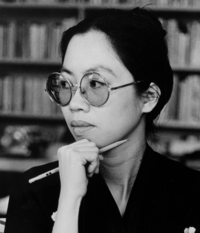 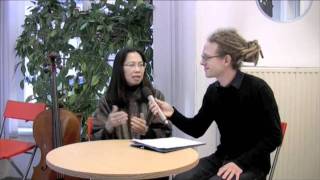 “Neither black/red/yellow nor woman but poet or writer. For many of us, the question of priorities remains a crucial issue. Being merely "a writer" without a doubt ensures one a status of far greater weight than being "a woman of color who writes" ever does. Imputing race or sex to the creative act has long been a means by which the literary establishment cheapens and discredits the achievements of non-mainstream women writers. She who "happens to be" a (non-white) Third World member, a woman, and a writer is bound to go through the ordeal of exposing her work to the abuse and praises and criticisms that either ignore, dispense with, or overemphasize her racial and sexual attributes. Yet the time has passed when she can confidently identify herself with a profession or artistic vocation without questioning and relating it to her color-woman condition.”
― Trinh T. Minh-ha, Woman, Native, Other: Writing Postcoloniality and Feminism
tags: writing
23 likes
Like

“Speaking, writing, and discoursing are not mere acts of communication; they are above all acts of compulsion. Please follow me. Trust me, for deep feeling and understanding require total committment.”
― Trinh T. Minh-ha, Woman, Native, Other: Writing Postcoloniality and Feminism
16 likes
Like

“despite all our desperate, eternal attempts to separate, contain and mend, categories always leak.”
― Trinh T. Minh-ha, Woman, Native, Other: Writing Postcoloniality and Feminism
16 likes
Like


Is this you? Let us know. If not, help out and invite Trinh to Goodreads.