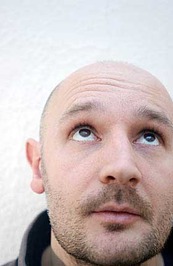 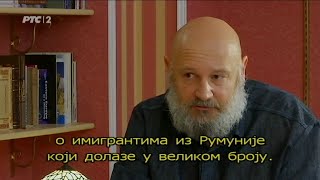 Born
in Trondheim, Norway
May 24, 1969
Genre
Fiction, Children's
edit data
Erlend Loe is a Norwegian novelist. He worked at a psychiatric clinic, and was later a freelance journalist for Norwegian newspaper Adresseavisen. Loe now lives and works in Oslo where in 1998 he co-founded Screenwriters Oslo - an office community for screenwriters.

In 1993 he debuted with the book Tatt av kvinnen, and a year later published a children's book, Fisken, about a forklift operator named Kurt. Loe has a distinctive style of writing which is often likened to naïve art. He often uses irony, exaggeration and humor.

“A human being weighing 70 kilograms contains among other things:
-45 litres of water
-Enough chalk to whiten a chicken pen
-Enough phosphorus for 2,200 matches
-Enough fat to make approximately 70 bars of soap
-Enough iron to make a two inch nail
-Enough carbon for 9,000 pencil points
-A spoonful of magnesium
I weigh more than 70 kilograms.

And I remember a TV series called Cosmos. Carl Sagan would walk around on a set that was meant to look like space, speaking in large numbers. On one of the shows he sat in front of a tank full of all the substances human beings are made of. He stirred the tank with a stick wondering if he would be able to create life.
He didn’t succeed.
”
― Erlend Loe, Naïve. Super
tags: life, science
63 likes
Like

“We shall never meet, but there is something I want you to know. My time is not the same as your time. Our times are not the same. And do you know what that means? That means that time does not exist. Do you want me to repeat that? There is no time. There is a life and a death. There are people and animals. Our thoughts exist. And the world. The universe, too. But there is no time. You might as well take it easy. Do you feel better now? I feel better. This is going to work out. Have a nice day.”
― Erlend Loe, Naïve. Super
tags: life, time
60 likes
Like

“I don't want all that much. But I want to be fine. I want to live a simple life with many good moments and a lot of fun.”
― Erlend Loe, Naïve. Super
tags: life
47 likes
Like

Is this you? Let us know. If not, help out and invite Erlend to Goodreads.