Discover new books on Goodreads
See if your friends have read any of William W. Johnstone's books 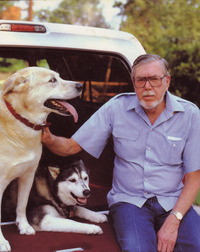 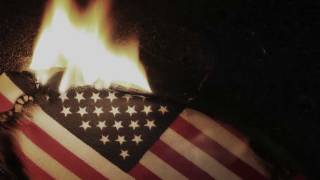 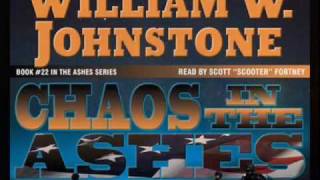 Born and raised in southern Missouri, Johnstone was the youngest of four children. His father was a minister and his mother a school teacher. He quit school when he was fifteen and worked in a carnival and as a deputy sheriff. He later served in the Army and, upon returning to civilian life, worked in radio broadcasting for 16 years.

Johnstone started his writing career in 1970, but did not have any works published until 1979 (The Devil's Kiss) and became a full-time writer in 1980. He wrote close to two hundred books in numerous genres, including suspense and horror. His main publication series were Mountain Man, The First Mountain Man William Wallace Johnstone was a prolific American author, mostly of western, horror and survivalist novels.

Born and raised in southern Missouri, Johnstone was the youngest of four children. His father was a minister and his mother a school teacher. He quit school when he was fifteen and worked in a carnival and as a deputy sheriff. He later served in the Army and, upon returning to civilian life, worked in radio broadcasting for 16 years.

Johnstone started his writing career in 1970, but did not have any works published until 1979 (The Devil's Kiss) and became a full-time writer in 1980. He wrote close to two hundred books in numerous genres, including suspense and horror. His main publication series were Mountain Man, The First Mountain Man, Ashes and Eagles and his own personal favorite novel was The Last of the Dog Team (1980). He also authored two novels under the pseudonym William Mason.

Johnstone had lived for many years in Shreveport, Louisiana, yet died in Knoxville, TN, at the age of 65. J. A. Johnstone is continuing William W. Johnstone's series. ...more

“He that lies with the dogs, riseth with the fleas.”
― William Johnstone, Matt Jensen, the Last Mountain Man
13 likes
Like

“It has been said that it's hard to stop a man who knows he's in the right and just keeps on coming. Smoke knew he was right - and he kept on coming.”
― William Johnstone, Matt Jensen, the Last Mountain Man
12 likes
Like

“Anglo-Saxon barbarians. Arthur should have been made a Knight”
― William W. Johnstone, A Dangerous Man: A Novel of William "Wild Bill" Longley
3 likes
Like

Which book would you like for BOM for December?

Her Bodyguard, by E.E. Burke
Passion and ambition collide when a woman embroiled in a bitter war between a powerful railroad and rioting settlers hires a bodyguard to protect her from a killer.

Brought together by Fate, the wealthy businesswoman and penniless drifter find unexpected love in the midst of danger. But the secrets he hides will tear them apart—if they survive.

Her Bodyguard is part of the series Steam! Romance and Rails, featuring stories from America's golden age of steam railroads.

For America “Amy” Langford, investing in the Border Tier Railroad isn’t about chasing riches. The savvy businesswoman is after bigger stakes: influence, respect, success her father didn’t live to see.
Rioting settlers and underhanded competitors can’t stop her, but a killer might. When a stranger comes to her rescue, she trusts her instincts and hires him as her bodyguard.

Buck O'Connor has put his violent past behind him, but being a wanted man dictates a life of deceit. So what’s one more lie? He becomes Amy’s protector so he can secretly thwart her railroad’s progress to help his cousin avoid financial ruin. A great scheme—until he falls in love.

While Buck hides his true purpose, Amy lies to herself about her growing feelings for her bodyguard. But the price for deceit is steep, and secrets from the past could destroy their future, if they survive.
8 votes 22.9%

Heart of a Knight, by Barbara Samuel
Britain, 1351. After an arduous exile to flee the darkness and danger sweeping her lands, Lady Elizabeth D'Auvers returns home to Woodell Castle, yearning only for her looms and her quiet life. To her astonishment, she finds the castle and farmlands thriving, thanks to Lord Thomas of Roxburgh, a knight errant whose size and strength offer protection to Elizabeth's castle and its people. Yet chilling thoughts trouble her mind--for there is something mysterious about this man.
7 votes 20.0%

Prisoner of My Desire, by Johanna Lindsey
CAPTIVE OF LOVE

Spirited Rowena Belleme must produce an heir--or incur the dangerous wrath of a ruthless stepbrother, who stands to forfeit his ill-gotten wealth. And the magnificent Warrick deChaville is the perfect choice to sire her child--though it means imprisoning the handsome knight...and forcing him to bend to her amorous whims.

Vowing to resist but betrayed by his own virility, noble Warrick is intoxicated by Rowena's sapphire eyes and voluptuous beauty. Yet all the while he plans a fitting revenge--eagerly awaiting the time when his sensuous captor becomes his helpless captive ... and is made to suffer the same rapturous torment and exquisite ecstasy that he himself has endured.
7 votes 20.0%

By Possession, by Madeline Hunter
A Common Lady
For years she had thought he was dead. Yet when Addis de Valence strode into Moira Falkner's cottage, there was no mistaking the sharp planes of his face, and the scar she herself had helped to heal. The young squire who had once been her hero was now her lord, a hardened man who returned to claim the son she had raised as her own. But Moira couldn't deny that Addis roused a passion she never thought to feel--and a perilous hope for a future that could never be....

An Uncommon Love
Addis returned from the Crusades to find his lands usurped by his stepbrother, and his country on the brink of rebellion. Determined to reclaim his birthright, Addis could not afford to be distracted by a woman--even one as tempting as Moira. Yet the only living part of his contented past lay in Moira--and his desire for her was more dangerous than his deadly battles with the king's men. By law, Moira belonged to him...but possessing her heart might be far more difficult.
7 votes 20.0%

Texas Tango, by Cynthia D'Alba
Their wedding might be fake, but there’s no faking the mutual attraction.

Dr. Caroline Graham is happy with her nomadic lifestyle fulfilling short-term medical contracts. No emotional commitments, no disappointments. She’s always the one to walk away, never the one left behind.

But now her great-uncle is gone and her grandmother is on her deathbed, more concerned about Caroline’s lack of a husband than her own demise. What’s the harm in a little white lie? If a wedding will give her grandmother peace, then a wedding she shall have.

Travis Montgomery has one dream left—to build the ranch he and his wife planned before he lost her to cancer. There’s just one thing standing between him and the last bit of acreage he needs—a last living heir who has one traveling foot out the door…and an unusual request that challenges his determination to never again place his heart at risk.

The land he wants in exchange for a faux marriage. Everyone wins. Until things start to snowball…and the hearts they stand to lose are their own.

A Big Sky Christmas, by William W. Johnstone
From the masters of frontier fiction comes a holiday tale set in the very heart of America--a Western saga of courageous souls coming together, with a little help from the Jensen family.
3 votes 8.6%
35 total votes
1 comment
Sign in to vote »