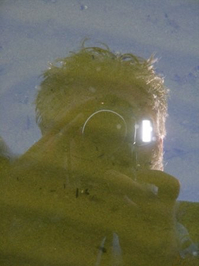 Christopher hasn't connected with their friends on Goodreads, yet.

Aside from purchasing The Complete Ghost Stories of Charles Dickens, edited by Peter Haining, (back in 2008) I hadn't bought any Christmas ghost story anthologies until last year. When I would look for such ghost stories over the years, I'd mainly try finding them in old magazines and newspapers. A lot of the research I do, regardless of topic, involves searching periodicals.

In 2019, reading the first volume of The Valancourt Book of Victorian Christmas Ghost Stories, I returned to thinking about that song and wondered if there were any other Christmas songs referencing ghosts. Not many! A number of very old Christmas carols do make mention of ghosts or other dark themes, but are rarely sung today. I did, however, find a number of Christmas ghost poems, including ones that made that their major theme rather than a mere reference in one line.

Noticing that Valancourt Books had published Victorian Christmas ghost story anthologies three years in a row, each with a different editor, but then stopped with volume three in 2018, I put out an initial feeler and then a formal proposal. The Valancourt Book of Victorian Christmas Ghost Stories Volume Four developed from there, with some changes in direction suggested by the publishers.(less)
flag
See 1 answer from Christopher Philippo…

Frank Lebby Stanton (1857-1927) had been poet laureate of Georgia, and wrote a considerable amount of dreadful dialect poetry—including Christmas poems. Some of his poems featured ghosts, as here - a poem that is NOT in dialect, thankfully. New Year's ghost stories don't seem to have been especially common, but there were some. Both New Year's Eve and New Year's Day fall within the Twelve Days of Read more of this blog post »
Like  •  0 comments  •  flag