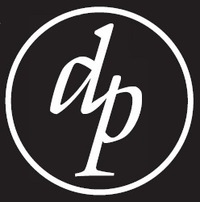 Where do you get your inspiration from, especially with how you write about vulnerable people that are saved by the compassion of others ... A theme that highly resonates with me and is beautifully rendered in your work?
Dusk Peterson Thank you so much for the generous wording of your question.

Most of the story ideas I've had over the years have simply leapt into my head. Sometimes …moreThank you so much for the generous wording of your question.

Most of the story ideas I've had over the years have simply leapt into my head. Sometimes they came from dreams, sometimes they arose in response to another story I'd read, sometimes they were sparked by something I witnessed, and sometimes a bit of history tantalized me. I've also written stories in response to challenges, such as the 50 Darkfics challenge, where I've been writing stories prompted by single words related to dark settings.

Writing about vulnerable characters seems to be something inborn in me; I used to play out such stories when I was little, along with the other neighborhood kids. But I've certainly had experiences of being vulnerable in my own life that I was able to draw upon to help shape my stories. I imagine most of us have. When I realized I was going to be writing a lot of stories about turn-of-the-century people in vulnerable situations, I began seeking out accounts and memoirs of such people; what I read in those books helped to give me new ideas for scenes in my stories.

I also approached a couple of small presses to see whether they were interested in reissuing my works in paperback. Since I run my own press, I was approaching these presses concerning reprint rights. However, the presses would only consider reissuing my writings on condition that the novels - some of which had been released over a decade ago - be treated as though they were new submissions. I'm willing to consider editorial changes to stories before publication, but I wasn't keen on making major editorial changes after publication.

The only other option I'm left with is to hire someone to take care of the print-on-demand process for me. If I can ever afford to do so, and if I can find a suitable book designer, I'll jump at the chance.

I'm sorry I can't offer more encouraging news at this stage. I do very much appreciate your interest.(less)
flag
View 2 comments
See 2 answers from Dusk Peterson…

FIC: A Visitor's Guide to the Three Lands 7/?

“It may be that the night will close over us in the end, but I believe that morning will come again. Morning always grows out of the darkness, though maybe not for the people who saw the sun go down. We are the Lantern Bearers, my friend; for us to keep something burning, to carry what light we can forward into the darkness and the wind.”
― Rosemary Sutcliff, The Lantern Bearers
48 likes

“To remember love after long sleep; to turn again to poetry after a year in the market place, or to youth after resignation to drowsy and stiffening age; to remember what once you thought life could hold, after telling over with muddied and calculating fingers what it has offered; this is music, made after long silence. The soul flexes its wings, and, clumsy as any fledgling, tries the air again”
― Mary Stewart, The Hollow Hills
tags: life, living, music, soul
46 likes

“All tragedies deal with fated meetings; how else could there be a play? Fate deals its stroke; sorrow is
purged, or turned to rejoicing; there is death, or triumph; there has been a meeting, and a change. No one
will ever make a tragedy-and that is as well, for one could not bear it-whose grief is that the principals
never met.”
― Mary Renault

“Who knows a man's name, holds that man's life in his keeping. Thus to Ged, who had lost faith in himself, Vetch had given him that gift that only a friend can give, the proof of unshaken, unshakeable trust.”
― Ursula K. Le Guin, A Wizard of Earthsea
60 likes

“Something comes out of every voyage,’ said the other man sharply. ‘Out of every bloody fruitless endeavour. All the striving after the unknowable. The unattainable, the search for Athor, the creative force, rolled into a circle. You with your quest; I with my care-ridden Emperor; Sir Thomas, sitting before the fire, his bowels burning before him. We add something. If we didn’t add something, there would be no object in it.”
― Dorothy Dunnett, The Ringed Castle
1 likes

Hullo Dusk! :D What a pleasant surprise. Thanks for the friendvite~

I love this:http://www.duskpeterson.com/preston/t..., I've used it many times.