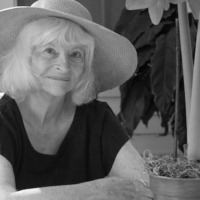 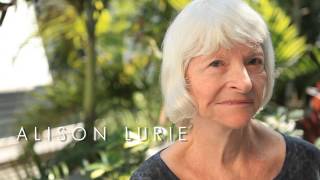 “Having a chronic illness, Molly thought, was like being invaded. Her grandmother back in Michigan used to tell about the day one of their cows got loose and wandered into the parlor, and the awful time they had getting her out. That was exactly what Molly's arthritis was like: as if some big old cow had got into her house and wouldn't go away. It just sat there, taking up space in her life and making everything more difficult, mooing loudly from time to time and making cow pies, and all she could do really was edge around it and put up with it.

When other people first became aware of the cow, they expressed concern and anxiety. They suggested strategies for getting the animal out of Molly's parlor: remedies and doctors and procedures, some mainstream and some New Age. They related anecdotes of friends who had removed their own cows in one way or another. But after a while they had exhausted their suggestions. Then they usually began to pretend that the cow wasn't there, and they preferred for Molly to go along with the pretense.”
― Alison Lurie, The Last Resort
tags: arthritis, chronic-illness, chronic-pain
57 likes
Like

“There's a rule, I think. You get what you want in life, but not your second choice too.”
― Alison Lurie
tags: desire, life
28 likes
Like

“The great subversive works of children's literature suggest that there are other views of human life besides those of the shopping mall and the corporation. They mock current assumptions and express the imaginative, unconventional, noncommercial view of the world in its simplest and purest form. They appeal to the imaginative, questioning, rebellious child within all of us, renew our instinctive energy, and act as a force for change. This is why such literature is worthy of our attention and will endure long after more conventional tales have been forgotten.”
― Alison Lurie, Don't Tell the Grown-Ups: The Subversive Power of Children's Literature
tags: children-s-literature
10 likes
Like

by Geraldine Brooks
An historical novel and love story set during a time of catastrophe, on the front lines of the American Civil War. Acclaimed author Geraldine Brooks gives us the story of the absent father from Louisa May Alcott's Little Women - and conjures a world of brutality, stubborn courage and transcendent love.
3 votes 23.1%
The Hours

by Michael Cunningham
Passionate, profound, and deeply moving, "The Hours" is the story of three women: Clarissa Vaughan, who one New York morning goes about planning a party in honor of a beloved friend; Laura Brown, who in a 1950s Los Angeles suburb slowly begins to feel the constraints of a perfect family and home; and Virginia Woolf, recuperating with her husband in a London suburb, and beginning to write "Mrs. Dalloway." By the end of the novel, the stories have intertwined, and finally come together in an act of subtle and haunting grace, demonstrating Michael Cunnningham's deep empathy for his characters as well as the extraordinary resonance of his prose.
3 votes 23.1%
The Amazing Adventures of Kavalier & Clay

by Michael Chabon
Joe Kavalier, a young Jewish artist who has also been trained in the art of Houdini-esque escape, has just smuggled himself out of Nazi-invaded Prague and landed in New York City. His Brooklyn cousin Sammy Clay is looking for a partner to create heroes, stories, and art for the latest novelty to hit America - the comic book. Drawing on their own fears and dreams, Kavalier and Clay create the Escapist, the Monitor, and Luna Moth, inspired by the beautiful Rosa Saks, who will become linked by powerful ties to both men.
2 votes 15.4%
The Age of Innocence

by Edith Wharton
Winner of the 1921 Pulitzer Prize, The Age of Innocence is Edith Wharton’s masterful portrait of desire and betrayal during the sumptuous Golden Age of Old New York, a time when society people “dreaded scandal more than disease.”
2 votes 15.4%
A Visit from the Goon Squad

by Jennifer Egan
Bennie is an aging former punk rocker and record executive. Sasha is the passionate, troubled young woman he employs. Here Jennifer Egan brilliantly reveals their pasts, along with the inner lives of a host of other characters whose paths intersect with theirs. With music pulsing on every page, A Visit from the Goon Squad is a startling, exhilarating novel of self-destruction and redemption.
1 vote 7.7%
The Brief Wondrous Life of Oscar Wao

by Junot Díaz
Things have never been easy for Oscar, a sweet but disastrously overweight ghetto nerd, a New Jersey romantic who dreams of becoming the Dominican J.R.R. Tolkien and, most of all, of finding love. But he may never get what he wants, thanks to the fukú — the ancient curse that has haunted Oscar's family for generations, dooming them to prison, torture, tragic accidents, and, above all, ill-starred love. Oscar, still dreaming of his first kiss, is only its most recent victim - until the fateful summer that he decides to be its last.
1 vote 7.7%
Foreign Affairs

by Alison Lurie
Virginia Miner, a fifty-something, unmarried tenured professor, is in London to work on her new book about children’s folk rhymes. Despite carrying a U.S. passport, Vinnie feels essentially English and rather looks down on her fellow Americans. But in spite of that, she is drawn into a mortifying and oddly satisfying affair with an Oklahoman tourist who dresses more Bronco Billy than Beau Brummel.
1 vote 7.7%
The Reivers: A Reminiscence

by William Faulkner
One of Faulkner's comic masterpieces, The Reivers is a picaresque that tells of three unlikely car thieves from rural Mississippi. Eleven-year-old Lucius Priest is persuaded by Boon Hogganbeck, one of his family's retainers, to steal his grandfather's car and make a trip to Memphis. The Priests' black coachman, Ned McCaslin, stows away, and the three of them are off on a heroic odyssey, for which they are all ill-equipped, that ends at Miss Reba's bordello in Memphis. From there a series of wild misadventures ensues--invoving horse smuggling, trainmen, sheriffs' deputies, and jail.
0 votes 0.0%
13 total votes
comments and details
Sign in to vote »

Is this you? Let us know. If not, help out and invite Alison to Goodreads.