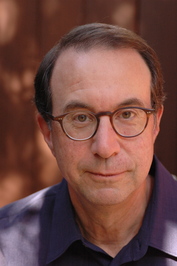 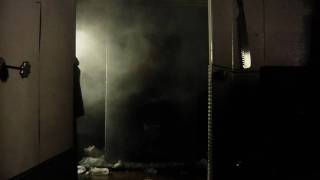 First of all, I have no idea what I am doing, or if I am even in the right place to do it, but as my publisher quite rightly expects me to do my part, I am writing this post to announce that my new historical/ supernatural thriller, THE EINSTEIN PROPHECY, is currently available through a little outfit called Amazon -- even though the official publication date is August 1st. Earlier this month, it Read more of this blog post »
10 likes · Like  •  1 comment  •  flag

More of Robert's books…
Quotes by Robert Masello  (?)
Quotes are added by the Goodreads community and are not verified by Goodreads. (Learn more)
“Regardless of how black the page, he had always managed to turn it and move on to a new chapter in his life.”
― Robert Masello, Blood and Ice
tags: courage, hope, inspirational-quotes, life, optimism
14 likes
Like

“People are always doing things for my sake and strangely enough, I'm the one who suffers for it.”
― Robert Masello, Blood and Ice
tags: pity, self-awareness
14 likes
Like

“the odds are good, but the goods are odd”
― Robert Masello, Blood and Ice
4 likes
Like

“We are but phantoms, and the phantoms of phantoms, desires like cloud-shadows and wills of straw that eddy in the wind; the days pass, use and wont carry us through as a train carries the shadow of its lights - so be it! But one thing is real and certain, one thing is no dream-stuff, but eternal and enduring. It is the centre of my life, and all other things about it are subordinate or altogether vain. I loved her, that woman of a dream. And she and I are dead together!”
― H.G. Wells, A Dream of Armageddon
tags: death, dream, love
6 likes
Like

“Dr. Chanter, in his brilliant History of Human Thought in the Twentieth Century, has made the suggestion that only a very small proportion of people are capable of acquiring new ideas of political or social behaviour after they are twenty-five years old. On the other hand, few people become directive in these matters until they are between forty and fifty. Then they prevail for twenty years or more. The conduct of public affairs therefore is necessarily twenty years or more behind the living thought of the times. This is what Dr. Chanter calls the "delayed
realisation of ideas".

In the less hurried past this had not been of any great importance, but in the violent crises of the Revolutionary Period it became a primary fact. It is evident now that whatever the emergency, however obvious the new problem before our species in the nineteen-twenties, it was necessary for the whole generation that had learned nothing and could learn nothing from the Great War and its sequelae, to die out before any rational handling of world affairs could even begin. The cream of the youth of the war years had been killed; a stratum of men already middle-aged remained in control, whose ideas had already set before the Great War. It was, says Chanter, an inescapable phase. The world of the Frightened Thirties and the Brigand Forties was under the dominion of a generation of unteachable, obstinately obstructive men, blinded men, miseducating, misleading the baffled younger people for completely superseded ends. If they could have had their way, they would have blinded the whole world for ever. But the blinding was inadequate, and by the Fifties all this generation and its teachings and traditions were passing away, like a smoke-screen blown aside.

Before a few years had passed it was already incredible that in the twenties and thirties of the twentieth century the whole political life of the world was still running upon the idea of competitive sovereign empires and states. Men of quite outstanding intelligence were still planning and scheming for the "hegemony" of Britain or France or Germany or Japan; they were still moving their armies and navies and air forces and making their combinations and alliances upon the dissolving chess-board of terrestrial reality. Nothing happened as they had planned it; nothing worked out as they desired; but still with a stupefying inertia they persisted. They launched armies, they starved and massacred populations. They were like a veterinary surgeon who suddenly finds he is operating upon a human being, and with a sort of blind helplessness cuts and slashes more and more desperately, according to the best equestrian rules. The history of European diplomacy between 1914 and 1944 seems now so consistent a record of incredible insincerity that it stuns the modern mind. At the time it seemed rational behaviour. It did not seem insincere. The biographical material of the period -- and these governing-class people kept themselves in countenance very largely by writing and reading each other's biographies -- the collected letters, the collected speeches, the sapient observations of the leading figures make tedious reading, but they enable the intelligent student to realise the persistence of small-society values in that swiftly expanding scene.

Those values had to die out. There was no other way of escaping from them, and so, slowly and horribly, that phase of the moribund sovereign states concluded.”
― H.G. Wells, The Holy Terror
tags: age, history, ideas, power, stagnation, war
9 likes
Like

Thank for accepting my friendship. I am currently enjoying The Romanov Cross and will look forward to read The Medusa Amulet. Your GoodReads friend and fan~ Elizabeth :)