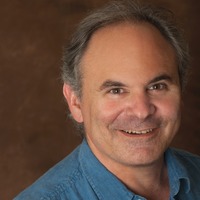 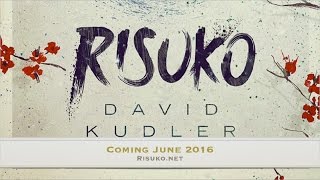 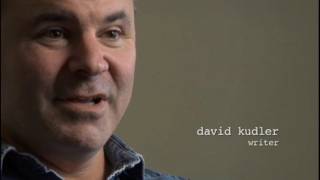 Dani ❤️ Perspective of a Writer

He recently published Risuko: A Kunoichi Tale, a young-adult historical adventure novel set in sixteenth century Japan, and is hard at work on the sequel, Bright Eyes.

Since 1999, he has overseen the publication program of Joseph Campbell Foundation, editing Pathways to Bliss, Myths of Light and Sake & Satori) and managing the publication of over fifty print, ebook, print, audio, and video titles, including the third edition of the seminal The Hero with a Thousand Faces.

Currently, David is proud to serve on the board of the Bay Area Ind David Kudler is a writer and editor living just north of the Golden Gate Bridge with his wife, actress, teacher, and author Maura Vaughn, their author-to-be daughters, and their apparently non-literary cats.

He recently published Risuko: A Kunoichi Tale, a young-adult historical adventure novel set in sixteenth century Japan, and is hard at work on the sequel, Bright Eyes.

Since 1999, he has overseen the publication program of Joseph Campbell Foundation, editing Pathways to Bliss, Myths of Light and Sake & Satori) and managing the publication of over fifty print, ebook, print, audio, and video titles, including the third edition of the seminal The Hero with a Thousand Faces.

Currently, David is proud to serve on the board of the Bay Area Independent Publishers Association.

i know the first book of Seasons of the Sword series hasn't been published yet, but i wanted to know when will the second book publish? i really really cant wait!
David Kudler Yasamin, I apologize that I didn't see your question sooner! I'm glad that you enjoyed Risuko — and sorry to make you wait for the next book.

I'm curre…moreYasamin, I apologize that I didn't see your question sooner! I'm glad that you enjoyed Risuko — and sorry to make you wait for the next book.

I'm currently working on Bright-Eyes, the second volume in the Seasons of the Sword series. My hope is to have it finished in time for release in 2017. If you'd like to be among the first to read it by serving as a beta reader, you can sign up at risuko.net/risuko-beta-team(less)
flag
View all 4 comments
Hi David - enjoyed Risuko and will be adding my review soon. Curious about the Korean cook and the odd way he speaks. Is that on purpose to indicate he might have some type of accent? Also, is there any particular reason for him not being Japanese? Perhaps I missed something :)
David Kudler Hey, Steve! What a great question! Kee Sun is one of my favorite characters.

So I knew I wanted to have at least one non-Japanese character in the book…moreHey, Steve! What a great question! Kee Sun is one of my favorite characters.

So I knew I wanted to have at least one non-Japanese character in the book — Japan wasn't as cut off from the rest of the world during this period as it would become in the seventeenth through the nineteenth centuries. Japan and Korea had regularly tried to invade each other throughout much of their history, and so the idea that the late Lord Mochizuki brought back a Korean cook from a campaign there appealed to me.

Once I'd decided that Kee Sun was Korean, I had to figure out how a Korean would sound to Japanese people. I reached out to a friend of a friend, S. Jae-Jones, a wonderful author who happens to be Korean-American. She kindly talked to me about the dynamics of the Korean accent, and we discussed what it might sound like to the Japanese characters. Japanese speakers tend to speak in a fairly narrow band of tones. Sarah felt that Korean would sound much earthier and energetic to a Japanese ear. When we searched for an equivalent accent to the American ear, the two that we came up with were Italian and Scottish.

Now, I didn't want Kee Sun sounding like Mario from the Nintendo games. But I thought that basing his accent on a kind of toned down "dog Scottish" (in the same sense that JK Rowling calls the Latin in her books "dog Latin") would give me what I was looking for. (Which is to say, Sarah is in no way responsible for Kee Sun or how he sounds — but I thank her from the bottom of my heart for her insight.)

As I wrote and rewrote the book, I found a distinctive voice for the cook that wasn't particularly Scottish — but that I felt worked for him and for the novel. If you listen to the audiobook, the narrator (my daughter Julia) uses a Scottish accent for Kee Sun.(less)
flag
See all 6 answers from David Kudler…

Let It Go, the newest friendly menage tale by K.D. West, comes out on Friday, August 2! PRE-ORDER TODAY Let It Go follows Helen, Tommy, and Al (from Let It Snow), as they reach their gold at the end of the rainbow. Their ride off into the sunset. Their polyamorous honeymoon on an idyllic tropical … Continue reading Preview: Namaste (Let It Go) →

David is currently reading
The Creative Compass: Writing Your Way from Inspiration to Publication
by Dan Millman
bookshelves: currently-reading, on-writing

“The blossoms fall just once each winter, yet in our memories, they fall every day.”
― David Kudler, Risuko: A Kunoichi Tale
tags: aware, memory, regret, wisdom-quotes, zen
15 likes
Like

“A kunoichi is married to her duty, and to death.”
― David Kudler, Risuko: A Kunoichi Tale
tags: bushido, duty, kunoichi, risuko
7 likes
Like

“Child, child, do you not see? For each of us comes a time when we must be more than what we are.”
― Lloyd Alexander, The Black Cauldron
2191 likes
Like

“Half the people in the world think that the metaphors of their religious traditions, for example, are facts. And the other half contends that they are not facts at all. As a result we have people who consider themselves believers because they accept metaphors as facts, and we have others who classify themselves as atheists because they think religious metaphors are lies.”
― Joseph Campbell, Thou Art That: Transforming Religious Metaphor
tags: atheists, believers, metaphor, myth, organized-religion, religion, theists
353 likes
Like

“We must be willing to let go of the life we planned so as to have the life that is waiting for us.”
― Joseph Campbell
tags: wisdom
3553 likes
Like

“Lea found that she was saying things, saying them pretty loudly, but had no clear concept of what she was saying. [Sean and Andy’s] names, maybe. The seventy-two names of God. The capitals of all fifty states.

Love. That word featured in there a lot. Which made sense. To the extent that Lea had any sense left at all.

She was coming. Stupid word, coming. Arriving seemed more like it. Or exploding. Was there a word that meant both?

If there were, it would have described what she was doing. Again, very loudly.”
― K.D. West, The Visitor Entertains
tags: erotica, sensuality, sexuality, spirituality, tantra
1 likes
Like

“At that moment, in the temple of her lovers’ tangled limbs, Lea felt the presence of the Divine close by, immanent and imminent — everywhere and everywhen — and it was a sublime feeling, one that made her feel infinitely powerful and infinitely small, both at the same time.

A good fuck can make even an agnostic see God — a fact that explained Lea’s parents’ fascination with Tantra, something about which Lea thought as little as possible.”
― K.D. West, The Visitor Entertains
tags: erotica, religion-and-sexuality, sexual-humor
1 likes
Like

David Kudler
author of
Risuko: A...

Linda Finch
author of
The Seven...

K.D. West
author of
The Visitor

Jacqueline Kudler
author of
Easing In...