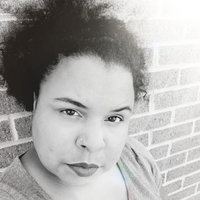 Rachelle is currently reading
Aiden McGee Gets A Case of The Actuallys
by Aaron McGinley
bookshelves: currently-reading

Philippa Gregory
author of
The Other...

Rose wrote: "Rachelle, why does Romeo and Juliet only get two stars? Do you think the storyline is too cheesy or maybe not realistic? I'm totally interested in your thoughts as an English teacher. --rose"

This is a storyline that suffers from too many series of unfortunate events. It begins with a teenage so interested in fornication that he insists on marriage when she leaves him "so dissatisfied" on their first night union. She's betrothed - as was tradition. She is also naïve, though her bawdy nurse is quiet explicit about a woman's obligations. She clearly confides in the nursemaid more than the mother, but the nurse does nothing to temper the girl's whims.


What is the likelihood a critical note would not reach its destination in the banished land, but the friend serving a message (and leaving later) has no trouble traversing the land and delivering news? Why doesn't either of these poor unfortunate teens think through their suicides? Surely Juliet was waking from her temporary predicament while Romeo was at her side? Is he so distraught that he doesn't check? Where is the priest when all of this is occuring, seeing that it is ultimately him who performed the marriage, betrayed the parents' wishes, and drugged the teenage Juliet.


English teachers use it as a canon of Shakespeare, but it doesn't exactly serve the kind of moral lessons that other plays attributed to him provide.

Rachelle, why does Romeo and Juliet only get two stars? Do you think the storyline is too cheesy or maybe not realistic? I'm totally interested in your thoughts as an English teacher. --rose