Discover new books on Goodreads
See if your friends have read any of Khayri R.R. Woulfe's books 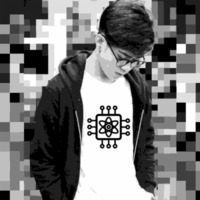 “One must be a living man and a posthumous artist.” — Jean Cocteau | #Art

“One must be a living man and a posthumous artist.” — Jean Cocteau
View more on Khayri R.R. Woulfe's website »
Like  •  0 comments  •  flag

“The rEaL wOrLd is but a fictional place where those who have narrow minds and shallow imagination compile their oppressive ideas of what rEaLiTy only should be.”
― Khayri R.R. Woulfe
tags: fictional, imagination, narrow, oppression, philosophy, philosophy-of-life, real-world, reality, shallow
12 likes
Like

“It is now time to face the fact that English is a crazy language — the most loopy and wiggy of all tongues.

In what other language do people drive in a parkway and park in a driveway?
In what other language do people play at a recital and recite at a play?
Why does night fall but never break and day break but never fall?
Why is it that when we transport something by car, it’s called a shipment, but when we transport something by ship, it’s called cargo?
Why does a man get a hernia and a woman a hysterectomy?
Why do we pack suits in a garment bag and garments in a suitcase?
Why do privates eat in the general mess and generals eat in the private mess?
Why do we call it newsprint when it contains no printing but when we put print on it, we call it a newspaper?
Why are people who ride motorcycles called bikers and people who ride bikes called cyclists?
Why — in our crazy language — can your nose run and your feet smell?Language is like the air we breathe. It’s invisible, inescapable, indispensable, and we take it for granted. But, when we take the time to step back and listen to the sounds that escape from the holes in people’s faces and to explore the paradoxes and vagaries of English, we find that hot dogs can be cold, darkrooms can be lit, homework can be done in school, nightmares can take place in broad daylight while morning sickness and daydreaming can take place at night, tomboys are girls and midwives can be men, hours — especially happy hours and rush hours — often last longer than sixty minutes, quicksand works very slowly, boxing rings are square, silverware and glasses can be made of plastic and tablecloths of paper, most telephones are dialed by being punched (or pushed?), and most bathrooms don’t have any baths in them. In fact, a dog can go to the bathroom under a tree —no bath, no room; it’s still going to the bathroom. And doesn’t it seem a little bizarre that we go to the bathroom in order to go to the bathroom?

Why is it that a woman can man a station but a man can’t woman one, that a man can father a movement but a woman can’t mother one, and that a king rules a kingdom but a queen doesn’t rule a queendom? How did all those Renaissance men reproduce when there don’t seem to have been any Renaissance women?

Sometimes you have to believe that all English speakers should be committed to an asylum for the verbally insane:

In what other language do they call the third hand on the clock the second hand?
Why do they call them apartments when they’re all together?
Why do we call them buildings, when they’re already built?
Why it is called a TV set when you get only one?
Why is phonetic not spelled phonetically? Why is it so hard to remember how to spell mnemonic? Why doesn’t onomatopoeia sound like what it is? Why is the word abbreviation so long? Why is diminutive so undiminutive? Why does the word monosyllabic consist of five syllables? Why is there no synonym for synonym or thesaurus?

And why, pray tell, does lisp have an s in it?
If adults commit adultery, do infants commit infantry? If olive oil is made from olives, what do they make baby oil from? If a vegetarian eats vegetables, what does a humanitarian consume? If pro and con are opposites, is congress the opposite of progress? ...”
― Richard Lederer
tags: english, funny, humor, language, linguistics, semantics
2 likes
Like

“The rEaL wOrLd is but a fictional place where those who have narrow minds and shallow imagination compile their oppressive ideas of what rEaLiTy only should be.”
― Khayri R.R. Woulfe
tags: fictional, imagination, narrow, oppression, philosophy, philosophy-of-life, real-world, reality, shallow
12 likes
Like