Discover new books on Goodreads
See if your friends have read any of J.F.T.'s books 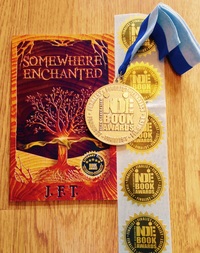 I would be releasing the audiobook version of Somewhere Enchanted on the 28th of September 2019. It will be narrated by Fiona Hardingham narrator, actress and producer, known for Godzilla: King of the Monsters (2019), Pokémon Detective Pikachu (2019) and Dynasty (2017).

I would be giving free copies to readers who message me about wanting one, There’s a limited amount of copies to give out. Feedba Read more of this blog post »
1 like · Like  •  0 comments  •  flag