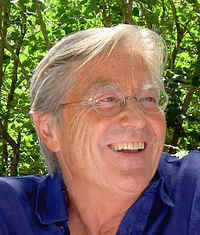 “Why not make a daily pleasure out a daily necessity.”
― Peter Mayle
tags: positive-outlook
40 likes
Like

“It was a meal that we shall never forget; more accurately, it was several meals that we shall never forget, because it went beyond the gastronomic frontiers of anything we had ever experienced, both in quantity and length. It started with homemade pizza - not one, but three: anchovy, mushroom, and cheese, and it was obligatory to have a slice of each. Plates were then wiped with pieces torn from the two-foot loaves in the middle of the table, and the next course came out. There were pates of rabbit, boar, and thrush. There was a chunky, pork-based terrine laced with marc. There were saucissons spotted with peppercorns. There were tiny sweet onions marinated in a fresh tomato sauce. Plates were wiped once more and duck was brought in... We had entire breasts, entire legs, covered in a dark, savory gravy and surrounded by wild mushrooms.

We sat back, thankful that we had been able to finish, and watched with something close to panic as plates were wiped yet again and a huge, steaming casserole was placed on the table. This was the specialty of Madame our hostess - a rabbit civet of the richest, deepest brown - and our feeble requests for small portions were smilingly ignored. We ate it. We ate the green salad with knuckles of bread fried in garlic and olive oil, we ate the plump round crottins of goat's cheese, we ate the almond and cream gateau that the daughter of the house had prepared. That night, we ate for England.”
― Peter Mayle, A Year in Provence
19 likes
Like