,
Discover new books on Goodreads
See if your friends have read any of Jesse Q. Sutanto's books 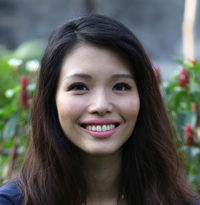 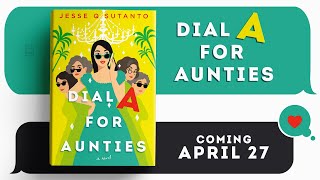 I promise I will come back at a later date and share the full story, but for now, this is why. I remember how helpless I felt, and how absolutely trapped, and I hope that anyone who's in a similar situation will read this book and feel--I don't know, a little bit less scared and a lot less alone. (less)
flag

Meet the Authors of the Hottest New Mysteries & Thrillers
Looking for a new thrill? A twisty page-turner? Well, the hottest new mysteries and thrillers published so far this year promise to keep...
Read more...
88 likes · 13 comments 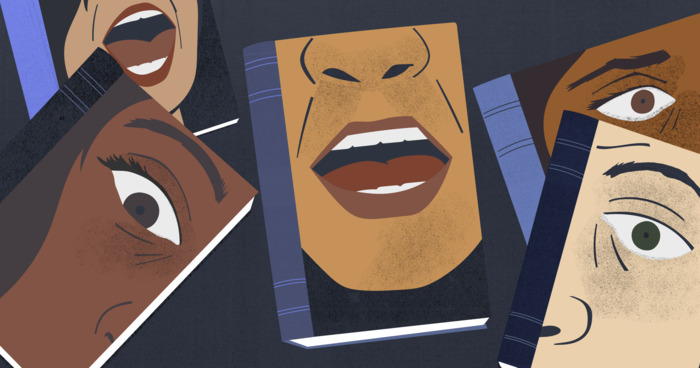 6 Great Books Hitting Shelves This Week
Need another excuse to treat yourself to a new book this week? We've got you covered with the buzziest new releases of the day. To create our...
Read more...
36 likes · 6 comments 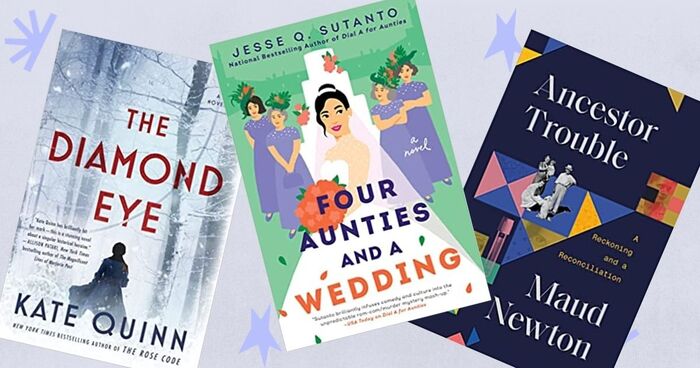 Meet the Authors of Spring's Hottest Sophomore Romances
When it comes to the romance genre, second books can be a bit like second dates, can't they? You've had that great initial meet-cute with...
Read more...
67 likes · 2 comments 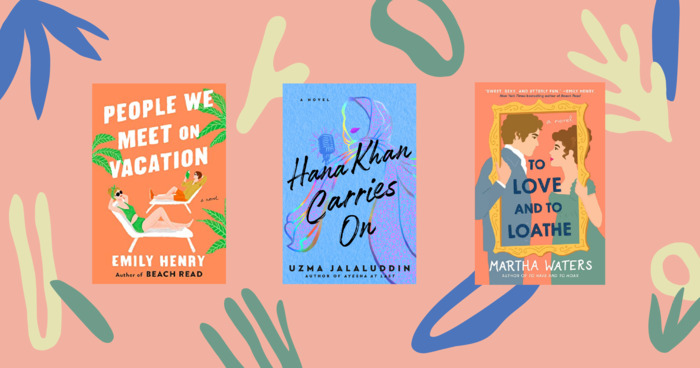 More of Jesse's books…
Quotes by Jesse Q. Sutanto  (?)
Quotes are added by the Goodreads community and are not verified by Goodreads. (Learn more)
“Meddy, how can you say that? Your aunties coming over, so late at night, coming to help us get rid of body, and we don’t even offer them any food? How can? Oh, we have dragon fruit, good, good.”
― Jesse Q. Sutanto, Dial A For Aunties
26 likes
Like

“You're not a mess. You just kill by accident only. Bad luck. Can happen to anyone.”
― Jesse Q. Sutanto, Dial A for Aunties
15 likes
Like

“I’m basically driven by a mixture of caffeine and familial guilt.”
― Jesse Q. Sutanto, Dial A for Aunties
14 likes
Like

Which "Moderator Recommends" book should we read in July 2022?

The award-winning, best-selling author of Station Eleven and The Glass Hotel returns with a novel of art, time, love, and plague that takes the reader from Vancouver Island in 1912 to a dark colony on the moon three hundred years later, unfurling a story of humanity across centuries and space.

Edwin St. Andrew is eighteen years old when he crosses the Atlantic by steamship, exiled from polite society following an ill-conceived diatribe at a dinner party. He enters the forest, spellbound by the beauty of the Canadian wilderness, and suddenly hears the notes of a violin echoing in an airship terminal--an experience that shocks him to his core.

Two centuries later a famous writer named Olive Llewellyn is on a book tour. She's traveling all over Earth, but her home is the second moon colony, a place of white stone, spired towers, and artificial beauty. Within the text of Olive's bestselling pandemic novel lies a strange passage: a man plays his violin for change in the echoing corridor of an airship terminal as the trees of a forest rise around him.

When Gaspery-Jacques Roberts, a detective in the Night City, is hired to investigate an anomaly in the North American wilderness, he uncovers a series of lives upended: The exiled son of an earl driven to madness, a writer trapped far from home as a pandemic ravages Earth, and a childhood friend from the Night City who, like Gaspery himself, has glimpsed the chance to do something extraordinary that will disrupt the timeline of the universe.

A virtuoso performance that is as human and tender as it is intellectually playful, Sea of Tranquility is a novel of time travel and metaphysics that precisely captures the reality of our current moment.

What happens when you mix 1 (accidental) murder with 2 thousand wedding guests, and then toss in a possible curse on 3 generations of an immigrant Chinese-Indonesian family?

You get 4 meddling Asian aunties coming to the rescue!

When Meddelin Chan ends up accidentally killing her blind date, her meddlesome mother calls for her even more meddlesome aunties to help get rid of the body. Unfortunately, a dead body proves to be a lot more challenging to dispose of than one might anticipate, especially when it is inadvertently shipped in a cake cooler to the over-the-top billionaire wedding Meddy, her Ma, and aunties are working at an island resort on the California coastline. It's the biggest job yet for the family wedding business—"Don't leave your big day to chance, leave it to the Chans!"—and nothing, not even an unsavory corpse, will get in the way of her auntie's perfect buttercream flowers.

But things go from inconvenient to downright torturous when Meddy's great college love—and biggest heartbreak—makes a surprise appearance amid the wedding chaos. Is it possible to escape murder charges, charm her ex back into her life, and pull off a stunning wedding all in one weekend?
21 votes 35.6%

The glamorous capital city of Italy is brought to startling life in The Rome Affair, a compelling summer novel by Karen Swan.

1974 and Elena Damiani lives a gilded life. Born to wealth and a noted beauty, no door is closed to her, no man can resist her. At twenty-six, she is already onto her third husband when she meets her love match. But he is the one man she can never have, and all the beauty and money in the world can't change it.

2017 and Francesca Hackett is living la dolce vita in Rome, leading tourist groups around the Eternal City and forgetting the ghosts she left behind in London. When she finds a stolen designer handbag in her dustbin and returns it, she is brought into the orbit of her grand neighbour who lives across the piazza - famed socialite Viscontessa Elena dei Damiani Pignatelli della Mirandola. Though the purse is stolen, Elena greets the return of the bag with exultation for it contains an unopened letter written by her husband on his deathbed, twelve years earlier.

Mutually intrigued by each other, the two women agree to collaborate on a project, with Cesca interviewing Elena for her memoirs. As summer unfurls, Elena tells her sensational stories, leaving Cesca in her thrall. But when a priceless diamond ring found in an ancient tunnel below the city streets is ascribed to Elena, Cesca begins to suspect a shocking secret at the heart of Elena's life.

A black sun is rising …

Young Corban watches enviously as boys become warriors under King Brenin’s rule, learning the art of war. He yearns to wield his sword and spear to protect his king’s realm. But that day will come all too soon. Only when he loses those he loves will he learn the true price of courage.

The Banished Lands has a violent past where armies of men and giants clashed shields in battle, the earth running dark with their heartsblood. Although the giant-clans were broken in ages past, their ruined fortresses still scar the land. But now giants stir anew, the very stones weep blood and there are sightings of giant wyrms. Those who can still read the signs see a threat far greater than the ancient wars. Sorrow will darken the world, as angels and demons make it their battlefield. Then there will be a war to end all wars.

High King Aquilus summons his fellow kings to council, seeking an alliance in this time of need. Some are skeptical, fighting their own border skirmishes against pirates and giants. But prophesy indicates darkness and light will demand two champions, the Black Sun and the Bright Star. They would be wise to seek out both, for if the Black Sun gains ascendancy, mankind’s hopes and dreams will fall to dust.

His body hosting a pair of strange alien presences, an amnesiac space traveler returns home to an unrecognizable Earth

Many centuries in the future, a two-hundred-year-old man is discovered hibernating in a space capsule orbiting a distant star. Transported back to his home planet, Andrew Blake awakens to an Earth he does not recognize—a world of flying cars and sentient floating houses—with no memory whatsoever of his history or purpose. But he has not returned alone. The last survivor of a radical experiment abandoned more than a century earlier, Blake was genetically altered to be able to adapt to extreme alien environments, and now he can sense other presences inhabiting his mind and body. One is a biological computer of astonishing power; the other is a powerful creature akin to a large wolf. And Blake is definitely not the one in control. With his sanity hanging in the balance, Blake’s only option is to set out in frantic pursuit of his past, the truth, his destiny—and quite possibly the fate of humankind.

A bravura demonstration of unparalleled imagination, intelligence, and heart, The Werewolf Principle addresses weighty issues of genetic manipulation that are as relevant today as when the novel first appeared in print. One of the all-time best and brightest in speculative fiction, Grand Master Clifford D. Simak offers a moving, stunning, witty, and thought-provoking exploration of what it means to be human.