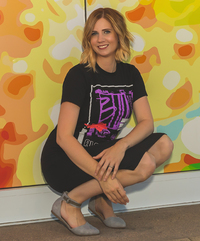 Check out my album reviews for issue 105 of Smash Magazine, including Teenage Wrist and Weezer.

On first listen, Teenage Wrist fans may write off the band’s sophomore full-length album Earth is a Black Hole. Beloved originally for their nostalgic, grungy, 90s alternative sound, the more upbeat tracks that open the new album are off-putting, part

Lauryn Dyan is currently reading
The End and Other Beginnings: Stories from the Future
by Veronica Roth (Goodreads Author)
bookshelves: currently-reading