,
Discover new books on Goodreads
See if your friends have read any of Lancelot Schaubert's books 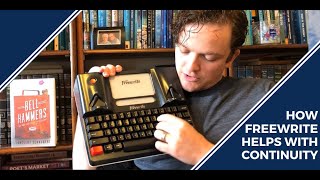 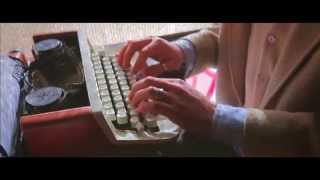 Spark + Echo chose him for their 2019 artist in residency, commissioning him to write four short stories.

He has published work in anthologies like Author in Progress, Harry Potter for Nerds, and Of Gods and Globes — the last of which he edited and featured stories by Juliet Marillier (whose story was nominated for an Aurealis award), Anne Greenwood Brown, Dr. Anthony Cirilla, LJ Cohen, FC Shultz, and Emily Munro. His work Cold Brewed reinvented the photonovel for the digital age and caught the attention of the Missouri Tourism Board who commissioned him to write and direct a second photonovel, The Joplin Undercurrent, in partnership with award-winning photographer, Mark Neuenschwander.

He remains a committed husband to the grooviest girl on earth and is a public advocate for more free range trees. You know, Ents. ...more

When she went to go to the bathroom, she saw the overcoat, tie, and skin of their waiter on the floor.(less)
flag
See all 10 answers from Lancelot Schaubert…

Once, one of the Iranian politicians in the Parliament of Iran during his speech accounted a brief conversation with arteshbod Hossein Fardoust, some years after 1979.

Fardoust was a friend of Shah and

More of Lancelot's books…
Quotes by Lancelot Schaubert  (?)
Quotes are added by the Goodreads community and are not verified by Goodreads. (Learn more)
“That's what marriage does, you know, holds a mirror up to every crack and crevice it finds hiding stuff down in your soul.”
― Lancelot Schaubert, Bell Hammers
tags: marriage
2 likes
Like

“Of course the boys had the last say. You don’t steal all the homing pigeons in the columbaria of a good night of Camelot and think you’re going to get away with it. So Remmy and a couple of others took to a couple of those poles with a camping hatchet. It was days and days of work for that gang of eight year olds, but they cut at it and cut at it and the thing finally fell with the great crash of an electrified redwood. All sparks and splinters. It cut out most of the service from the Triple-J Barbed Wire Telephone Company and started a small brush fire, so that was the end of that enterprise.”
― Lancelot Schaubert, Bell Hammers
0 likes
Like

“Life is the flight of the alone to the alone.”
― Plotinus
73 likes
Like

“That’s what happens when you study men: you find mare’s nests. I happen to believe that you can’t study men; you can only get to know them, which is quite a different thing. Because you study them, you want to make the lower orders govern the country and listen to classical music, which is balderdash. You also want to take away from them everything which makes life worth living and not only from them but from everyone except a parcel of prigs and professors.”
― C.S. Lewis, The Space Trilogy: Out of the Silent Planet, Perelandra, That Hideous Strength
3 likes
Like

“No man has the right to be an amateur in the matter of physical training. It is a shame for a man to grow old without seeing the beauty and strength of which his body is capable.”
― Socrates
1026 likes
Like

“The fairy tale is accused of giving children a false impression of the world they live in. But I think no literature that children could read gives them less of a false impression. I think what profess to be realistic stories for children are far more likely to deceive them. I never expected the real world to be like the fairy tales. I think that I did expect school to be like the school stories. The fantasies did not deceive me: the school stories did. All stories in which children have adventures and successes which are possible, in the sense that they do not break the laws of nature, but almost infinitely improbable, are in more danger than the fairy tales of raising false expectations…

This distinction holds for adult reading too. The dangerous fantasy is always superficially realistic. The real victim of wishful reverie does not batten on the Odyssey, The Tempest, or The Worm Ouroboros: he (or she) prefers stories about millionaires, irresistible beauties, posh hotels, palm beaches and bedroom scenes—things that really might happen, that ought to happen, that would have happened if the reader had had a fair chance. For, as I say, there are two kinds of longing. The one is an askesis, a spiritual exercise, and the other is a disease.”
― C.S. Lewis, Of Other Worlds: Essays and Stories
tags: fairy-tales
12 likes
Like

Varsity Book Club — 11 members — last activity Jun 10, 2021 04:50PM
Book club based in NYC, and meets the first Thursday of every other month. Book are picked by each member on a rotation basis.

Audio-Bibliophiles — 985 members — last activity 23 hours, 29 min ago
A place for all audiobook lovers to meet, discuss and have fun!

Hey thanks Tracey. Grateful to be connected.

Richard wrote: "Thanks for accepting the friend request, Lance! And happy belated birthday too!"

My pleasure Richard! And thanks for that — probably should take that down for privacy purposes, but kind of you all the same.

Wendy'sThoughts wrote: "Thank you for finding me :DDD
Yes, have many books in common and hope to have more. Be Safe and stay Healthy."

My pleasure. Indeed — see you soon!

Thank you for finding me :DDD
Yes, have many books in common and hope to have more. Be Safe and stay Healthy.

Sandra wrote: "Hi Lancelot,
Thanks for the friend-request! :)"

Hey Sandra — my pleasure. Thanks for the add.

Hi Lancelot,
Thanks for the friend-request! :)

Nenia ❤️️ I hate everything you love ❤️️ wrote: "Hi! Thanks for adding me! :)"

Richard wrote: "Thanks for accepting the friend request, Lance! And happy belated birthday too!"

Welcome and thank you!

Thanks for accepting the friend request, Lance! And happy belated birthday too!