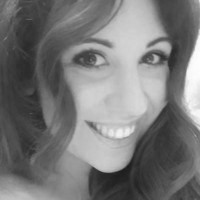 Born
in Zagreb, Croatia
January 22
Website
https://klararaskaj.com/
Twitter
klararaskaj
Genre
Steamy Fantasy Romance, Monster Erotica
Member Since
February 2017
URL
https://www.goodreads.com/klararaskaj
edit data
Klara Raškaj is a steamy fantasy romance author who occasionally indulges in writing pure, undiluted monster erotica. Though she often pushes the boundaries of genre conventions, she never fails to deliver on a unique story with a magical creature romance and some horror elements sprinkled in. In her spare time, she engages in heated fighting game matches against her husband or watches anime with him.

After having read this post, I’ve decided to write a sort-of response for the whole “idea guy” discussion that’s so popular in the video game industry.