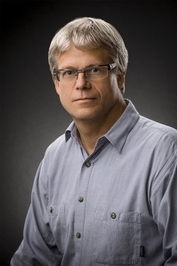 Born
The United States
Website
http://www.dexterroberts.com/
Twitter
dtiffroberts
Genre
Nonfiction
edit data
Dexter Roberts is a writer, speaker, and analyst on China economics, business and politics. Previously he served as reporter and China bureau chief for Bloomberg Businessweek and was based in Beijing for more than two decades. He has interviewed numerous Chinese and foreign company CEOs, as well as senior government officials, and has reported from all of China’s provinces and regions including Tibet and Xinjiang, as well as Hong Kong, Taiwan, Mongolia and North Korea.

“the country’s next big labor downsizing and the biggest change ever to come to its manufacturing sector: the end of its reliance on a migrant workforce and its replacement with robots.”
― Dexter Tiff Roberts, The Myth of Chinese Capitalism: The Worker, the Factory, and the Future of the World
0 likes
Like

“While local governments were seen as corrupt and in cahoots with factories, both aligned in their mutual desire to abuse laborers in their pursuit of money, the officials in far-off Beijing were certainly on the side of the workers and would stop any mistreatment, if only they knew about it; didn’t the laws they wrote make that clear? It always made me feel sad, no matter how often this mantra of faith was repeated. The reality, of course, was that Beijing was much more concerned about preserving stability, and would never accept workers taking matters”
― Dexter Tiff Roberts, The Myth of Chinese Capitalism: The Worker, the Factory, and the Future of the World
0 likes
Like

“In 2012, for the first time in history, more Chinese resided in cities than in the countryside; policymakers were eager to encourage this trend to continue.”
― Dexter Tiff Roberts, The Myth of Chinese Capitalism: The Worker, the Factory, and the Future of the World
0 likes
Like


Is this you? Let us know. If not, help out and invite Dexter to Goodreads.