Discover new books on Goodreads
See if your friends have read any of P.C. Darkcliff's books 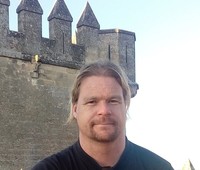 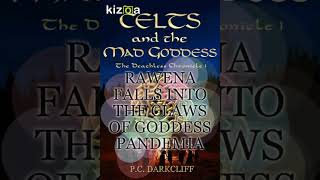 Meet Author of the Year!

It’s official! I have been voted Author of the Year 2020 at Spillwords, an online magazine that publishes my novel, Celts and the Mad Goddess, by chapters.

The latest chapter of Celts has just been posted there. Please, click here to view it.

Thank you so much for your support!

P.C. Darkcliff is currently reading
The Seven Lessons of Life: A Play Within a Play Comedy
by Adrian Morales
bookshelves: currently-reading

“The one-eyed man stood helplessly by. "I'll help ya if ya want," he said. "Know what that son-of-a-bitch done? He come by an' he got on white pants. An' he says, 'Come on, le's go out to my yacht.' By God, I'll whang him some day!" He breathed heavily. "I ain't been out with a woman sence I los' my eye. An' he says stuff like that." And big tears cut channels in the dirt beside his nose.

Tom said impatiently, "Whyn't you roll on? Got no guards to keep ya here."

Tom turned on him. "Now look-a-here, fella. You got that eye wide open. An' ya dirty, ya stink. Ya jus' askin' for it. Ya like it. Lets ya feel sorry for yaself. 'Course ya can't get no woman with that empty eye flappin' aroun'. Put somepin over it an' wash ya face. You ain't hittin' nobody with no pipe wrench."

"I tell ya, a one-eye' fella got a hard row," the man said. "Can't see stuff the way other fellas can. Can't see how far off a thing is. Ever'thing's jus' flat."

Tom said, "Ya full of crap. Why, I knowed a one-legged whore one time. Think she was takin' two-bits in a alley? No, by God! She's gettin' half a dollar extra. She says, 'How many one-legged women you slep' with? None!' she says. 'O.K.,' she says. 'You got somepin pretty special here, an it's gonna cos' ya half a buck extry.' An' by God, she was gettin' 'em, too, an' the fellas comin' out thinkin' they're pretty lucky. She says she's good luck. An' I knowed a hump-back in - in a place I was. Make his whole livin' lettin' folk rub his hump for luck. Jesus Christ, an' all you got is one eye gone."

The man said stumblingly, "Well, Jesus, ya see somebody edge away from ya, an' it gets into ya."

"Cover it up then, goddamn it. Ya stickin' it out like a cow's ass. Ya like to feel sorry for yaself. There ain't nothin' the matter with ya. Buy yaself some white pants. Ya gettin' drunk and cryin' in ya bed, I bet."

The one-eyed man said softly, "Think - somebody'd like - me?"

Congratulations on your award! Thank you for being my friend on goodreads! RUNNER, Marie Ann Phillip