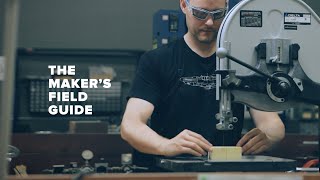 After studying at the Art Center College of Design, he has since spent nearly a decade in the design industry working with over 30+ clients worldwide — everything from small business Startups to Fortune 500 companies — including EVS Sports, LIFT Aviation, Hazard 4, Stanley Black & Decker, Sony Playstation, Hot Wheels, O'Neill, Gridiron Labs, Microsoft Xbox, Piloti, and others. He has lectured and given workshops at multiple art and design schools, including Art Center, Concept Design Academy, Red Engine School of Design, Brainstorm, and Design Engine. He currently offers corporate training in advanced design and CAD modeling.

He was born and raised in Houston, Texas and currently resides in Southern California.

Christopher is currently reading
No B.S. Marketing To the Affluent: No Holds Barred Kick Butt Take No Prisoners Guide to Getting Really Rich
by Dan S. Kennedy
bookshelves: currently-reading

Christopher is currently reading
The Almanack of Naval Ravikant: A Guide to Wealth and Happiness
by Eric Jorgenson
bookshelves: currently-reading

Christopher is currently reading
How The Mighty Fall: And Why Some Companies Never Give In
by James C. Collins
bookshelves: currently-reading

“Clarence “Kelly” Johnson was an authentic American genius. He was the kind of enthusiastic visionary that bulled his way past vast odds to achieve great successes, in much the same way as Edison, Ford, and other immortal tinkerers of the past. When Kelly rolled up his sleeves, he became unstoppable, and the nay-sayers and doubters were simply ignored or bowled over. He declared his intention, then pushed through while his subordinates followed in his wake. He was so powerful that simply by going along on his plans and schemes, the rest of us helped to produce miracles too. Honest to God, there will never be another like him.”
― Ben R. Rich, Skunk Works: A Personal Memoir of My Years of Lockheed
5 likes

“My years inside the Skunk Works, for example, convinced me of the tremendous value of building prototypes. I am a true believer. The beauty of a prototype is that it can be evaluated and its uses clarified before costly investments for large numbers are made.”
― Ben R. Rich, Skunk Works: A Personal Memoir of My Years of Lockheed
2 likes

“We became the most successful advanced projects company in the world by hiring talented people, paying them top dollar, and motivating them into believing that they could produce a Mach 3 airplane like the Blackbird a generation or two ahead of anybody else.”
― Ben R. Rich, Skunk Works: A Personal Memoir of My Years of Lockheed
6 likes

“Overnight, however, he apparently had second thoughts, or did some textbook reading on his own, and at the next meeting he turned to me as the first order of business. “On the black paint,” he said, “you were right about the advantages and I was wrong.” He handed me a quarter. It was a rare win. So Kelly approved my idea of painting the airplane black, and by the time our first prototype rolled out the airplane became known as the Blackbird. Our supplier, Titanium Metals Corporation, had only limited reserves of the precious alloy, so the CIA conducted a worldwide search and, using third parties and dummy companies, managed to unobtrusively purchase the base metal from one of the world’s leading exporters—the Soviet Union. The Russians never had an inkling of how they were actually contributing to the creation of the airplane being rushed into construction to spy on their homeland.”
― Ben R. Rich, Skunk Works: A Personal Memoir of My Years of Lockheed
2 likes

“When Congress approved the decision to retire the SR-71, the Smithsonian Institution requested that a Blackbird be delivered for eventual display in the Air and Space Museum in Washington and that we set a new transcontinental speed record delivering it from California to Dulles. I had the honor of piloting that final flight on March 6, 1990, for its final 2,300-mile flight between L.A. and D.C. I took off with my backseat navigator, Lt. Col. Joe Vida, at 4:30 in the morning from Palmdale, just outside L.A., and despite the early hour, a huge crowd cheered us off. We hit a tanker over the Pacific then turned and dashed east, accelerating to 2.6 Mach and about sixty thousand feet. Below stretched hundreds of miles of California coastline in the early morning light. In the east and above, the hint of a red sunrise and the bright twinkling lights from Venus, Mars, and Saturn. A moment later we were directly over central California, with the Blackbird’s continual sonic boom serving as an early wake-up call to the millions sleeping below on this special day. I pushed out to Mach 3.3.”
― Ben R. Rich, Skunk Works: A Personal Memoir of My Years of Lockheed
4 likes