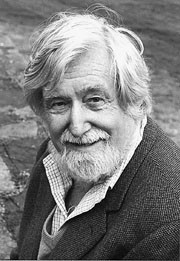 “Man is an animal suspended in webs of significance he himself has spun.”
― Clifford Geertz
tags: psychology
85 likes
Like

“Cultural analysis is intrinsically incomplete. And, worse than that, the more deeply it goes the less complete it is.”
― Clifford Geertz
tags: anthropology, culture
35 likes
Like

“There is an Indian story -- at least I heard it as an Indian story -- about an Englishman who, having been told that the world rested on a platform which rested on the back of an elephant which rested in turn on the back of a turtle, asked (perhaps he was an ethnographer; it is the way they behave), what did the turtle rest on? Another turtle. And that turtle? 'Ah, Sahib, after that it is turtles all the way down”
― Clifford Geertz, The Interpretation of Cultures
28 likes
Like